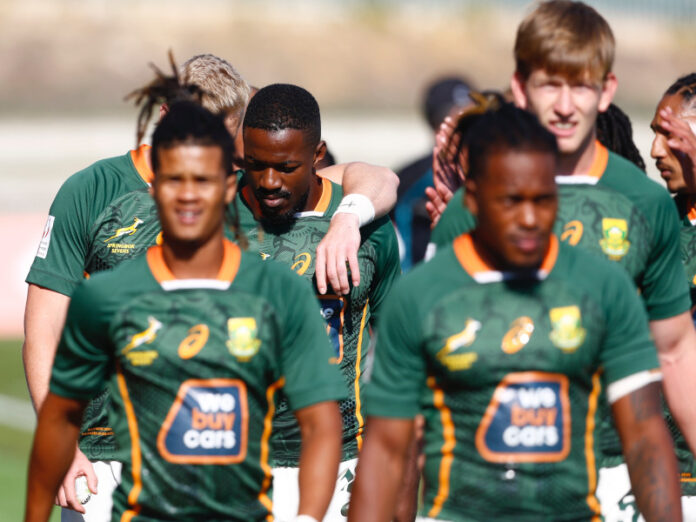 After demolishing Scotland in the first match of the 2022 HSBC World Rugby Sevens, the Blitzboks kept right on trucking like a fully loaded 18-wheeler as they demolished England with a eight try to nil victory.

The match started badly for England when Branco du Preez sidestepped his way through the English defence in the first minute – and that was only the beginning of their agony.

While it is difficult to draw any conclusions from such a one-sided match, there is one major positive for the Blitzboks.

In spite of racing through the English defence as if they weren’t on the field, the Blitzboks remained professional to the end as evidenced by the ruthless regularity of the tries that came at almost exactly two minute intervals with the last try coming a minute after full time.

If the England team was really bad on defence (as the scoreboard shows), they were made to look worse by a rampant Blitzbok side.

Keeping in mind that this is not a great time in the history of Sevens with neither New Zealand or Fiji playing in the tournament, but it doesn’t detract from the fact that the Blitzboks are doing everything right.

It is hard to imagine any other team coming close to stopping their hat-trick of tournament wins. If there is such a thing as a perfect performance in team-vs-team sports, this comes close.

But sports punish the over-confident. Fortunately one can rely on coach Neill Powell to remind his charges to focus on the ball and keep their feet on the ground.