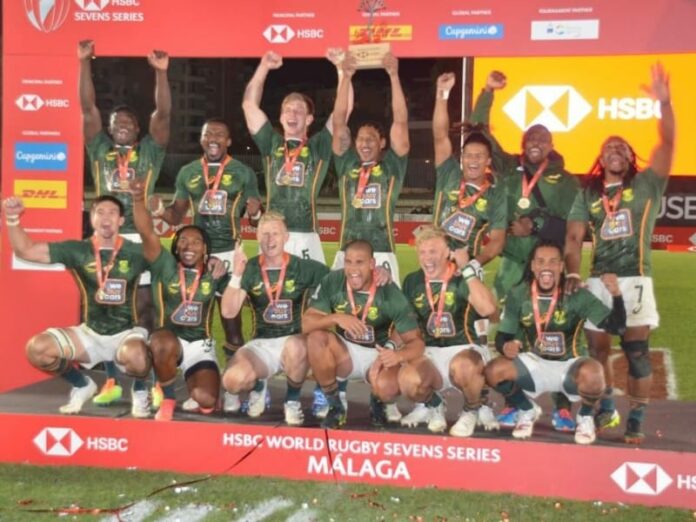 An intellectual, according to Billy Connolly, is somebody who hears the William Tell overture and doesn’t think of the Lone Ranger.

For the lover of rugby, it’s impossible to think of a final between South Africa and Argentina without thinking of the way the Blitzboks collapsed against Argentina at the Tokyo Olympics in 2021.

But at that match, Neil Powell was not at the tournament because of Covid. This time he is very much present.

Argentina is down on personnel with star players laid low by Covid, but Argentina, as a nation and as rugby players, are known to respond to a challenge.

And they respond in style. When the Pumas get the first score the ghost of Tokyo 2021 looms large.

Clearly the Pumas have resolved to take the game to the Blitzboks and it seems to be working as their physicality seems to be a determining factor, and only handling errors keep them from scoring – as evidenced from a certain try that is blown up for a forward pass.

It takes until the halftime hooter before Selvyn Davids scores and the Blitzboks are back in the game.

It’s a calmer start for the Blitzboks in the second half and as JC Pretorius scores the Blitzboks are in the lead – but it’s certainly not over yet.

With four minutes to go Argentina scores, levelling the scores – and then the unthinkable. Argentina went into the lead with an unconverted try. With one minute to go the Blitzboks level the scores and it seems as if there will be extra time according to the golden rule.

But there is no extra time.

Almost two minutes after the final hooter had sounded, the Blitzboks scored to win by one try.

A vintage match. All the very best of sevens rugby in a little more than a quarter hour. A match that will go down in Blitzbok history right next to that match played between these two great teams in Tokyo in July 2021.