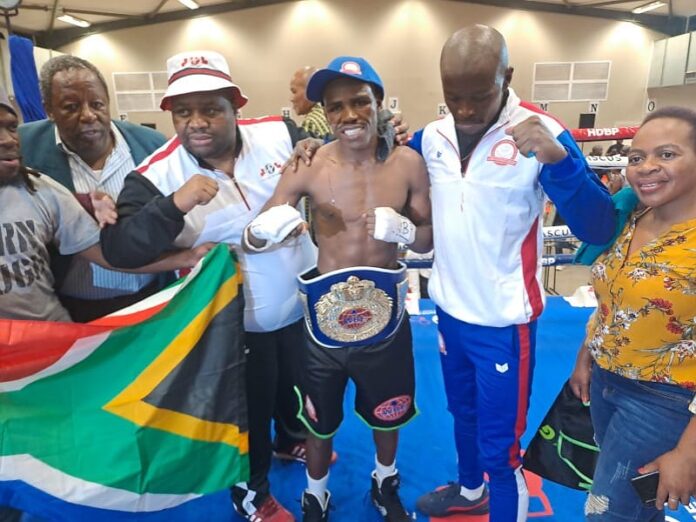 Gcina Makhoba was hospitalised after winning the WBF World Junior Bantamweight crown from Roberto Paradero at the Majuba FET College Hall in Dundee on Saturday.

Makhoba had to dig deep to overcome the Filipino, who dropped him with a swinging left shot in the first round.

The knockdown galvanised the South African, who unleashed bombs of his own that saw Paradero step back.

The visitor kissed the canvas after a flurry of blows that landed on his head in the third round.

With the fans up on their feet and cheering Makhoba on, he seemed pumped up and took the fight to his opponent.

A combination of body punches accompanied by heavy blows on the head saw Paradero go down — but again he beat the referee’s count.

Towards the end of this pulsating fight, the Filipino’s dangerous left hook damaged Makhoba’s ear, which began to bleed profusely.

Smelling blood, Paradero upped the tempo by cornering his opponent and could have finished him off but Makhoba’s defence was tight.

Makhoba showed courage by forging ahead despite his injury.

After the fight, the newly crowned champion had to be attended to by medical personnel inside the ring as he looked dehydrated and out of breath.

Promoter Hlengiwe Sithole said Makhoba was set to be diagnosed by a doctor on Sunday.