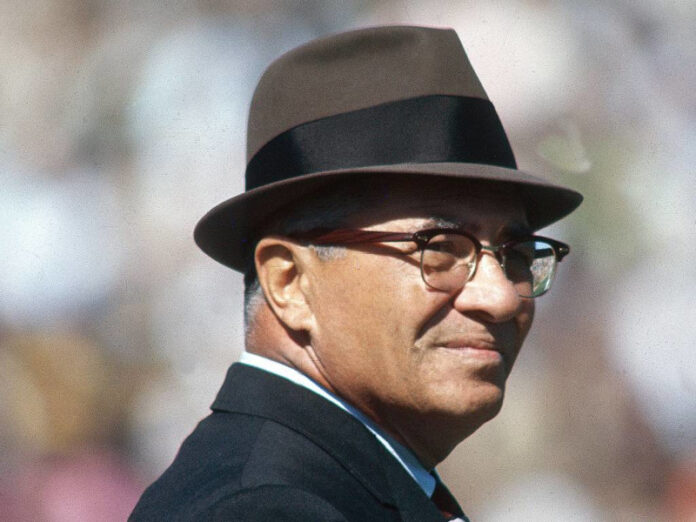 Vince Lombardi, considered in the 1960s to be one of the great American National Football League coaches, created the phrase, “winning isn’t everything, it’s the only thing”.

As the coach of the Green Bay Packers, he took professionalism in sport to a whole new level.

He also wrote a number of books – among them “What it Takes to be #1” and “The Lombardi Rules” – that simply conclude if you’re not number one you’re a loser.

It was the beginning of a particularly brutal time in sport; either you win, or you get kicked out. The “Lombardi Way” found its way into business where nothing mattered except being number one.

Fortunately, in the 21st Century, a milder approach has come to the fore. Many great sports stars have even walked away, saying there was more to life than winning, say, a tennis match or a golf tournament.

Ash Barty, who retired as the world’s top ranked female tennis player, said after winning Wimbledon, that she decided to retire after working “so hard your whole life for one goal”.

At Hagley Park, in Christchurch, New Zealand, the women’s Proteas cricket team got taken out by an England team that played better cricket and never looked like losing. But that didn’t stop the South Africans from giving everything they had until the last ball was bowled.

Though gracious in defeat, they clearly weren’t ready for defeat. They were there to win.

On the other side of the planet, Bafana Bafana played France at the Pierre Mauroy Stadium in Lille. Well, to be honest, they walked out onto the pitch but hardly anything else.

Hugo Broos had asked for more competitive games than playing Botswana and Lesotho, and man, did he get it! He said that, win or lose, they were going to learn from the match.

It wasn’t only the fact that they lost 5-0 to France’s rampant national side, it was the way they lost that made it an embarrassing spectacle. The only thing Bafana did of any significance, was when Khuliso Mudau got red-carded for stomping on a French player’s foot.

Broos said after the match: “We tried our best today but the talent of our opposition was just too much. We are not embarrassed by this score line”.

You tried your best, Mr Broos? You’re not embarrassed?

The Proteas got thumped by England, Bafana Bafana got thumped by France. The one team fought until the last, the other lay down in solemn defeat before the match even started. You can guess which is which.

What can Broos learn from this match? Not much. He might, however, consider another saying from the 60s: “Show me a good loser, and I’ll show you a loser.”