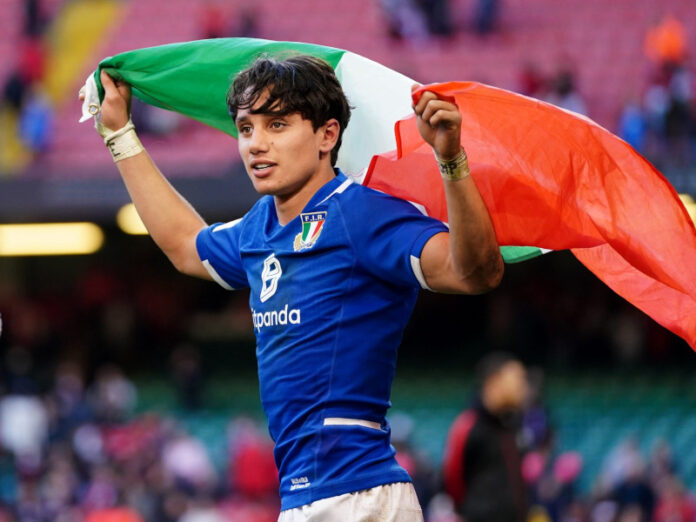 Some major rugby events happened over the weekend but the highlight came in the final minute of the match between Wales and Italy.

It was a tough day at the office for European teams playing in the United Rugby Championships. In the hot and humid conditions in the southern hemisphere the South African franchises scored 158 points in four matches, while conceding only 42 points.

In the Six Nations, Scotland succumbed to Ireland, leaving France the challenge of beating England to win the tournament and end “12 years of under-achieving”.

But the highlight of the weekend, came at the Principality Stadium in Cardiff when Italian fullback, Ange Capuozzo swerved his way through the Welsh defence to set up one of the great tries of the year and one of the major upsets of the tournament.

Rugby is a game played by big men. They are already huge when you watch them on television, but you realise how big they really are when you stand next to somebody like Bakkies Botha (122 kg) or Victor Matfield (117 kg).

Jonah Lomu, the gentle giant of New Zealand rugby, played on the wing and weighed 120 kg. An “average” size flyhalf like Handré Pollard, comes in at 96 kg.

Capuozzo, by comparison, stands at 1,77m and tilts the scale at 68 kg. That’s half the size of Australian lock Taniela Tupou who weighs 136 kg.

Capuozzo came off the bench against Scotland to score two tries for Italy last week. Watching him run with the ball is like watching a talented schoolboy.

Kwagga Smith (91 kg), a legendary sevens player, was condemned to the side lines of Springbok rugby for a long time as too small. Today he is a regular and valued player in the Springbok side.

Even in the world of sevens, where none of the Blitzboks weigh much over 90 kg and often face much bigger opponents, Brown at 74 kg, is visibly smaller than most of his team members.

And then there is Cheslin Kolbe. Rassie Erasmus came in for a lot of criticism when he included the 75 kg Kolbe in the 2019 World Cup team.

But Kolbe scored one of the greatest tries in the history of the World Cup in November 2019. Just as Capuozzo set up perhaps the biggest try in the 2022 Six Nations.

In boxing they say “a good big one will always beat a good little one” and it is probably true, but in rugby, the scales only tell half the story. What you can’t measure on a scale is guts, determination and the sheer will to win.

Molto bene, Capuozzo, you have made your country proud.