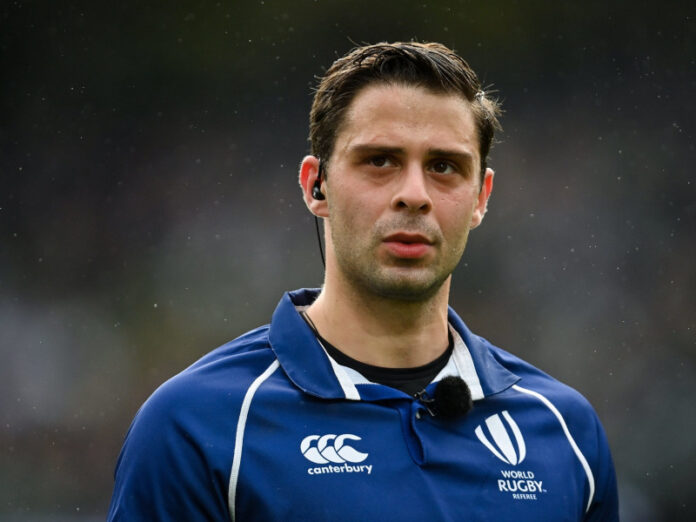 To be honest, a match between Ireland and Italy is never going to create real excitement. A match between a team that could win the Six Nations and a team that hasn’t won a match since 2015, can only be of academic interest, but it turned out to be the match of the weekend for all the worst possible reasons.

In the 11th minute, Italian replacement hooker, Hamer Faiva, tackles Dan Sheehan directly from the front. At first glance, it looks like no more than a tackle around the shoulders that could have been around the chest but not one worth looking at again.

However, Georgian referee Nika Amashukeli calls for the replay and for eight minutes the players stand around getting cold while the officials watch the same replays over and over.

The commentators speculate that it will probably be a penalty and it might even be a yellow card.

But they are wrong.

The referee blows his mighty whistle, proclaims that he unfortunately has no choice, and proudly flashes his red card. Shoulders sagging, Faiva trudges off the field. Because he is already Italy’s third hooker, there is no replacement on the bench and for the rest of the match scrums are uncontested.

There are few sights in rugby more ridiculous than sixteen forwards, ready for a tough physical battle, bending down obediently as the ball is placed under the hooker’s feet.

The world rugby authorities must urgently find (although urgency is not their hallmark, is it?) a form of sanction other than sending players off the field.

The red and yellow cards should not be the only options available. Whatever the punishment, teams must always play with 15 players per side.

While player safety is rightfully the most important part of the game, the lawmakers must admit that the definition of dangerous play is incorrect. A red card when a situation is clearly not dangerous (as in this situation) is crazy. Those rules need to be rewritten.

Consider making both the attacking player and the defender responsible for avoiding dangerous collisions.

Referees must not take such a long time to make decisions (eight minutes in this case). Watching the same replay ten or 15 times does not help. The picture is not going to change.