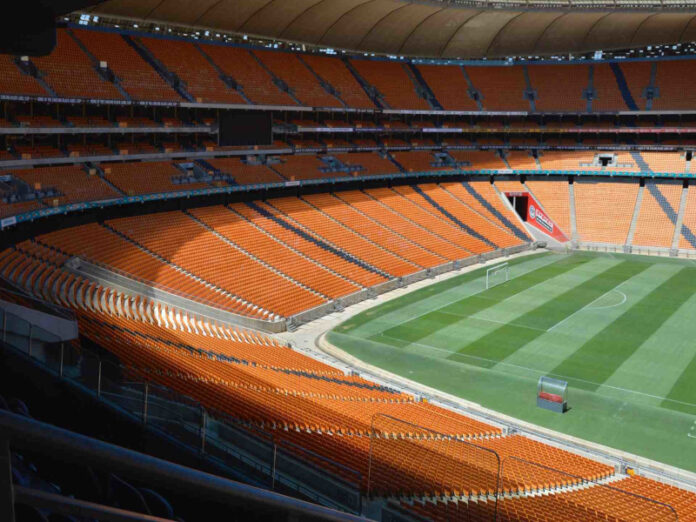 Beautiful things happened at the opening round of the Six Nations Tournament in Europe over the weekend.

Ireland’s victory against Wales by 29-7 at a packed Aviva Stadium in Dublin was made more pleasurable by Welsh captain Dan Biggar complaining that his team didn’t dominate enough collisions.

How the Welsh forwards feel about getting picked on by Dan Biggar, a man not known for manning up in collisions, is not recorded.

Eddie Jones, talking about losing 17-20 to Scotland at a full house Murrayfield Stadium, almost had a Rassie Erasmus moment when he joked: “Wait for the video, I have the production team on it now.”

With all the tragic memories it holds from 24 January where eight people lost their lives due to a stampede – 50,000 football fans were allowed to watch the Afcon final at the Olembo Stadium in Cameroon.

The 2,000 fans huddled on the main grandstand of Loftus Versfeld must have loved watching the Bulls beat the Lions.

The 2,000 fans scattered around the stands of the Cape Town Stadium must have had a wonderful day watching the Stormers beating the Sharks.

The truth is, nothing is as shrill as the sound of the referee’s whistle bouncing around the 50,000 empty seats of a sports stadium.

Given the hardships that people have suffered during lockdown, the truth is that stopping people from going to sports events is not that significant. But it does have an undeniable impact on the mood of the people.

One assumes that the South African Minister of Sport Nathi Mthethwa must be really busy with the other half of his portfolio, which is Arts and Culture.

Otherwise he would have come out by now to explain to football, cricket and rugby fans around the country why the strict ban on sports events is so poorly maintained.

Please, Minister Mthethwa. Could you please take some time out of your packed schedule, to address the issue of sports fans being locked out of sports stadiums? Could you at least explain to the people why South Africans, unlike fans in the rest of the world and even the African continent, are not allowed to go to sports events?