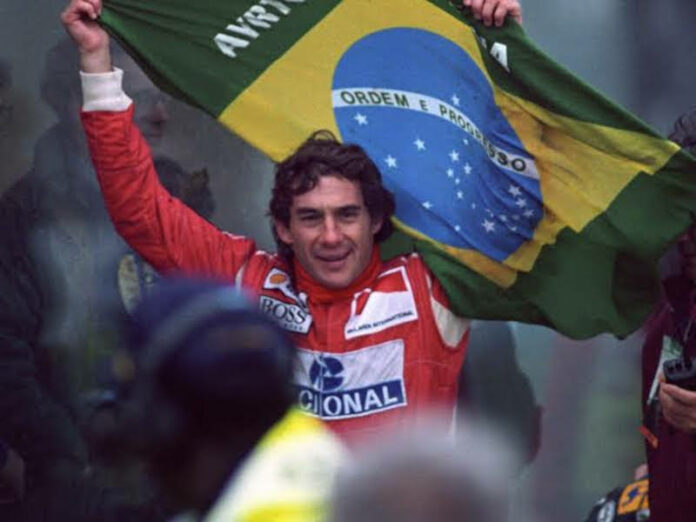 It’s been 28 years, virtually to the day, since Ayrton Senna da Silva lost control of his Williams Formula 1 racing car, crashed into a concrete bank and was declared dead a short while later.

He was leading the San Marino Grand Prix in Imola when his car suddenly swerved off the circuit at the virtually full speed Tamburello bend.

The young challenger, Michael Schumacher, had pushed Senna literally to the limit. During qualifying, Senna had reduced the downforce of his Williams FW16, particularly in the rear, until he had claimed pole position on Friday.

A judicial commission later concluded that the steering column was weakened after it was changed at the request of Senna, causing it to break on lap seven.

It was on 7 April 1968, 26 years before Senna’s death, when Jim Clark’s Formula 2 Lotus failed at full speed on a sweeping right hand bend on the Hockenheim circuit in Germany.

Clark, without doubt the fastest driver of his day, died when his car crashed into a tree.

While Senna is often quoted about speed and the dangers of the sport, not much information exists about Clark’s feelings.

That is because in the 1960s drivers were not as intensely observed as drivers 30 years later and also Clark was not happy to make his private thoughts public.

But it is said that Clark, a sheep farmer by profession, accepted the dangers as a reality of the sport.

Race driver Alain Prost, speaking about Senna (as he often did), said it scared him to race against Senna as the Brazilian believed himself to be indestructible.

He had a point.

Senna said: “If you have God on your side, everything becomes clear.” What did he mean by that?

It must be quite scary to race wheel to wheel at 300kph against an opponent who talks about being in a different dimension.

“I realised that I was no longer driving the car consciously. I was driving it by a kind of instinct, only I was in a different dimension,” said Senna.

One of the great racing legends of the 1950s, Stirling Moss also said the world closed in around him. “It is like driving in a tunnel,” he said.

Moss himself was in a coma for a month after a crash at Goodwood in 1962 and he never returned to racing.

Today, the dangers of the sport are often discussed and ways are found to make it safer and rightly so. But still, the question is often asked, would the spectators still pitch up in the thousands to watch a F1 Grand Prix if it wasn’t dangerous.

Perhaps. But that doesn’t matter.

What matters is that motor sport fans can watch in awe, as young men like Senna, Clark, Moss, and many others, lay their lives on the line to go in search of an elusive tenth of a second or a podium finish.

And no. Senna didn’t believe he was indestructible. He is known to have said: “If I ever have an accident that costs me my life, I hope it is in one go.”