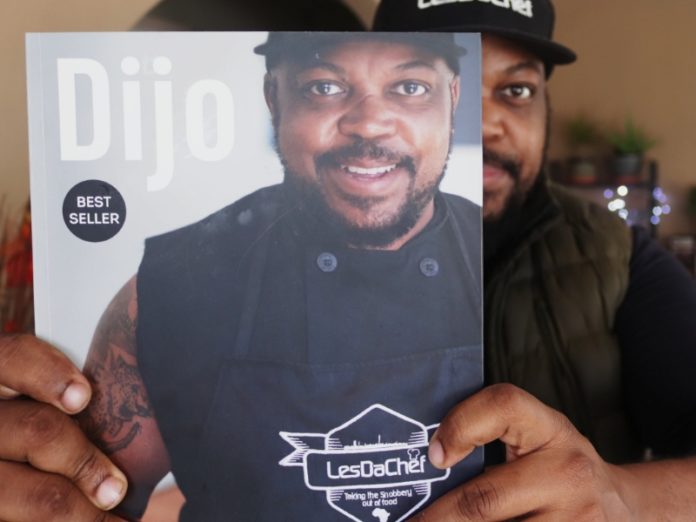 When Lesego Semenya made a sharp turn in his career, and trained to be a chef after being a process engineer, his family was not at all surprised.

That he became a well-loved celebrity chef, known as Les Da Chef, was even less of a surprise. The way he spoke and wrote about food, as well as his aura of modesty and kindness, made him an engaging person to watch.

At 39, he also brought a sense of youthfulness to SA’s cooking scene, which makes his passing due to Covid-19 this week even more tragic.

His manager Miz Marcee announced the news of his death on Twitter on Monday afternoon.

“It is with great pain that I have to share this: Chef Lesego Semenya @LesDaChef has passed away. Please keep his family and friends in your thoughts. We have lost a huge part of our heart. We will never be whole again. R.I.P Lesego,” she said.

Lesego grew up in Soweto in a family of three boys.

“My mum would always say, ‘it’s your fault you didn’t come out as girls,’” he once told eNCA.

He says he spent hours cooking and debating about food with his mother and both of his grandmothers.

“We didn’t grow up with a belief that boys didn’t belong in the kitchen.”

In 2009, he studied towards a Grande Diploma in Food and Wine.

“Basically, I’m a chef with an expensive signed cardboard that says I am,” he once said years afterwards.

In 2018, Lesego published the best-selling cookbook, Dijo, which offered heartfelt township recipes alongside the story of his own upbringing. The book showcased the way food is central to one’s cultural identity and family life.

Tragically, he posted updates of his illness to his fans on Twitter. One of his Tweets read: “Day 5. Still fighting this Covid demon whilst living with a comorbidity. I’m OK, loads of medication and keeping positive. Thank you to those who keep checking up on me. Dr reckons I’ve seen the worst of it now and it’s just about recovery and rest now.”