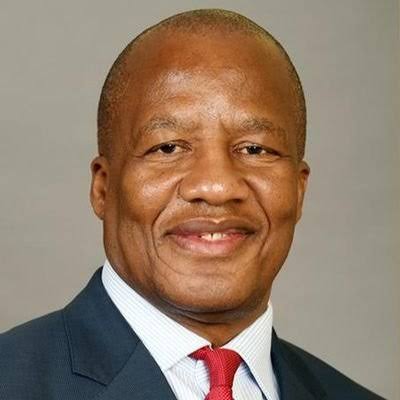 A brave soldier for democracy

Raised in poverty by his grandmother in the dusty location of Kromkrans in Mpumalanga, Jackson Mthembu knew the lash of apartheid from his earliest years.

At the age of seven he had to work in the mealie fields of a white farmer to put food on the family’s table.

Born in 1958, he was of the generation who came of age in the student uprising of 1976 in which he was a leader.

Thus began a career of struggle in which he did many things – a student activist, a union shop steward, a civic organizer and a member of the Detainees Parents’ Support Committee.

His career as a student was cut short when he was expelled from Fort Hare University in 1980.

Mthembu – whose clan name was Mvelase – was repeatedly jailed and ultimately charged with sabotage, treason and terrorism. But he always came back stronger and more determined after the spells in detention.

When the time came to negotiate he was among the leaders who negotiated the settlement for a new South Africa at Codesa in the early nineties. It was there that he forged a close and long-lasting friendship with Cyril Ramaphosa that endured until the day he died.

Mthembu was a thoughtful and hugely likeable man. For that reason he was chosen to liaise with the press as the national spokesman of the ruling party under President Nelson Mandela. In 2007 he was elected to the ANC’s National Executive Committee and has served there ever since.

The courage that Mthembu showed during the dark years of apartheid never left him and he stood up not only against then President Jacob Zuma but his colleagues in the ANC leadership when he called on the entire NEC to resign in the wake of the Nkandla scandal.

He led the Ramaphosa group that plotted the removal of the corrupt Zuma regime and was appointed to Ramphosa’s cabinet in 2018, serving as Minister in the Presidency.

His compassionate nature made him a good choice to head the ministry of women, children and people with disabilities.

In March 2019 his eldest daughter Khwezi committed suicide by hanging and at her funeral he spoke of the incresible pain that a parent feels when burying a child.

Earlier this month Mthembu announced on his twitter account that after experiencing abdominal pain he had sought medical attention at the military hospital in Tshwane, where he tested positive for Covid-19.

The announcement of his passing on Thursday was made by his old comrade President Ramaphosa: “It is with deep sorrow and shock that we announce that Minister in the Presidency Jackson Mthembu passed away earlier today from COVID-related complications.”

In his final tweet Mthembu responded to a man who questioned why the same leaders who told people to wash their hands and wear masks were succumbing to Covid.

“They are human too,” he wrote.