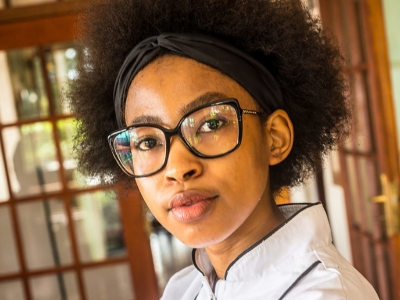 “She was an exceptional and gifted young woman.”

That is how Anele Tembe, the fiancée of rapper Kiernan “AKA” Forbes was described by family members, in a joint statement released by the Forbes and Tembe families after her untimely passing on Sunday, 11 April 2021.

Born in 1999, Nelli, as she was affectionately known, was a “beloved fiancé, daughter, sister and daughter-in-law,” said her family.

Little is publicly known about her other than that she was a daughter of Durban businessman Moses Tembe and that she had “so much life ahead of her”.

Between 2018 and 2019 she was enrolled at the Jackie Cameron School of Food & Wine in Cape Town, for an “18-month cookery course,” which the school had excitedly announced on their website.

They added that her progress was “phenomenal.”

“Anele has matured, and we see her developing into a competent chef,” wrote the school in December 2018.”

Having been described by the school as someone who has a decadent sweet tooth, her family added that she also “had a sweet nature about her and was always nurturing to those around her.”

AKA, who has been “unconsolable” since her death, has shared pictures of her on his social media platforms, after a video of the couple surfaced on Twitter in January 2020.

AKA and Nelli got engaged in February. The rapper confirmed the news by posting a picture of her hand donning an engagement ring.

The tragic incident is said to have taken place around 7:30 on the Sunday morning according to a general manager of the Pepper Club Hotel Elfi Ella in Cape Town, reported News24.

Nelli had reportedly fallen from the 10th floor of the hotel building and died soon after paramedics had tried to resuscitate her.