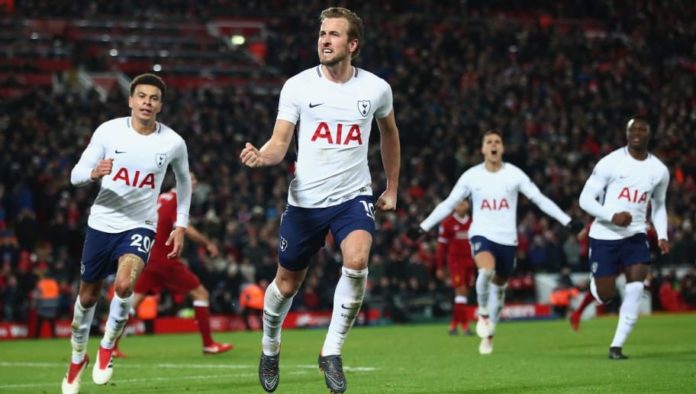 Tottenham Hotspur could inflict more misery on Liverpool who have had a poor start to the 2021 English Premier League.

The two teams will do battle on Thursday night at Tottenham Hotspur Stadium at 10pm.

Liverpool have plunged from first place to fifth in the space of two weeks. A win for Spurs on Thursday could see the reigning champions dropping even further. At the moment Spurs are in sixth place, one point behind Liverpool, while Jose Mourinho’s men have a game in hand.

Spurs are heading into this match having won their last two games. They last played a league match two Sundays ago when they beat bottom of the table Sheffield United 4-1. On Monday they thrashed Wycombe Wanderers 4-1 in the Emirates FA Cup.

The Reds however are not enjoying themselves at the moment. They lost 1-0 to Burnley six days ago. This is their first home defeat since 2017.

Four days ago the Reds lost their second consecutive match, beaten 3-2 by Manchester United in the Emirates FA Cup.

With captain Harry Kane scoring in the last league match for Spurs, Mourinho will pin his hopes on him. Kane was only used for 32 minutes in the FA Cup so he is well rested.

Meanwhile, Arsenal won their second straight league game on Tuesday night beating Southampton 3-1 at St Mary’s Stadium. The Gunners have avenged themselves after they were booted out of the FA Cup by Southampton at the same venue four days ago.

They have jumped from 11th to eighth place but they could drop to 10th as Aston Villa, Everton and Chelsea still have a game in hand.

Manchester City’s 5-0 thrashing of West Bromwich Albion has sent City to the top of the English Premier League table.

The rampant City have recorded 11 consecutive victories in all competitions with an 18 match unbeaten run.

City top the English Premier League table with 41 points, ahead of Manchester United, the team they are facing on Tuesday night at The Hawthorns stadium.

Manchester United are hoping to return to the top spot of the log when they host struggling Sheffield United at Old Trafford in the Premier League on Thursday night. Kick-off is at 10.15pm.