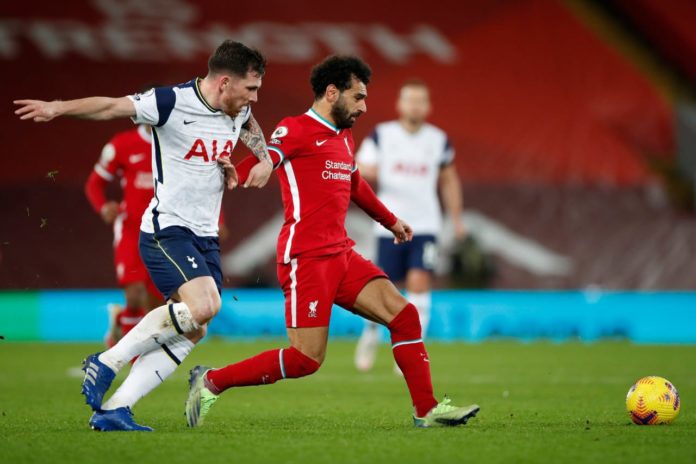 Liverpool turned the tables on Spurs on Wednesday night by beating them 2-1 at Anfield in their English Premier League (EPL) match-up.

In recent weeks Jose Mourinho’s Spurs have been dominant, starting in October when they humiliated Manchester United 6-1, then beating Man City 2-0 in November. They took their foot off the peddle when they drew 0-0 with Chelsea but got back their winning mojo, beating Arsenal 2-0.

The only team left on their menu to complete their dominance was Liverpool – and that match took place on Wednesday.

Liverpool started the match well and scored first with Mohamed Salah giving them the early lead.

Seven minutes after Spurs went behind, forward Son Heung-Min found the back of the net to equalise. It was clear that if Liverpool didn’t get it together they too would suffer like Manchester United when Spurs came from behind to beat the Red Devils 2-1.

But then the Reds showed why they are EPL champions when Roberto Fermino scored the winning goal in the dying minutes, finally ending Mourinho’s dominance. Now Spurs found themselves in second place trailing by three points after 13 matches.

This coming weekend these two will be in action again. On Saturday Liverpool will visit Crystal Palace at Selhurst Park and Spurs will host Leicester City on Sunday.

Here are other EPL midweek results: