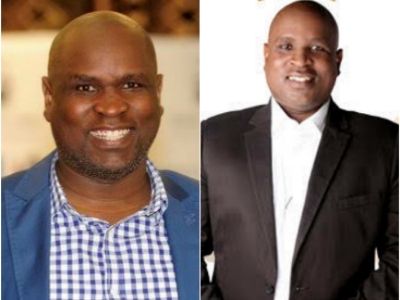 Irvin Sihlophe and Victor Molefe have not been scheduled by the station to present the evening shows on weekends, leaving staunch listeners confused.

It’s been a month since the two veterans were taken off air. A source at the SABC station in Durban said there was confusion and uncertainty amongst staffers because no authority has indicated whether Sihlophe and Molefe will be part of the station going forward.

As per the norm over the years, the SABC made changes within their radio stations every April, with some presenters shifted to other shows while others miss out on getting their contracts renewed.

Currently, Nolwazi Machi and Mhlonishwa Sibisi have been put in charge of sports presenting, taking the places of Sihlophe and Molefe, but in previous weeks the weekend shows didn’t air because no one was available.

A source within SABC spoke to Scrolla.Africa: “What is happening to Irvin and Victor is very sad. Nobody in the management has bothered to explain what is causing the delay in them getting new contracts. At least they must tell them if their services are no longer needed.”

SABC acting spokesperson Mmoni Seapolelo has been contacted for a response but Scrolla.Africa is yet to hear back from him.