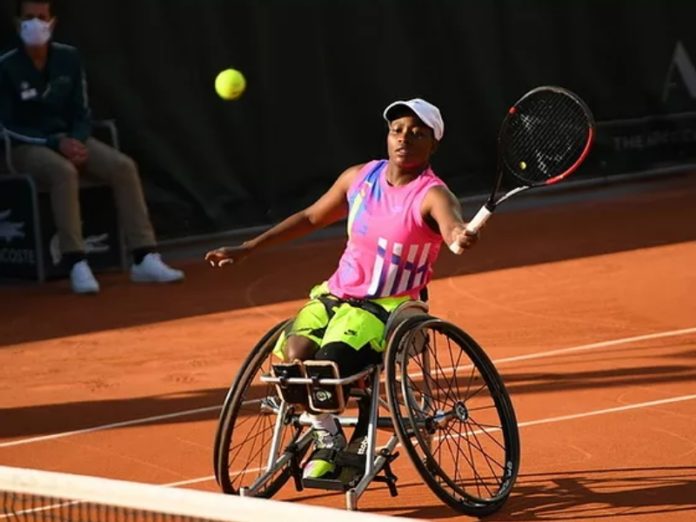 South Africa has a finalist in the Wimbledon tennis tournament – Kgothatso “KG” Montjane from Seshego outside Polokwane in Limpopo province.

Wheelchair bound Montjane, who became the first black South African woman to compete at the prestigious tournament in 2018, got through to the women’s quad singles final with a win over Japan’s Momoko Ohtani. She is also the first African wheelchair player to compete at Wimbledon.

Montjane suffered from a disease as a child which prevented some fingers and her legs from developing properly. Her leg was amputated when she was 12.

The finals will be held this weekend, alongside the other Wimbledon finals. She is also still in the doubles competition with her partner Lucy Shuker of Britain.

Montjane said earlier in the week that while she had always looked forward to Wimbledon, this year she sees it as a warm-up for the Paralympics in late August when she will be competing for a gold medal for South Africa at Tokyo’s Ariake Tennis Park.

But if she wins Wimbledon that will be one helluva warm-up.