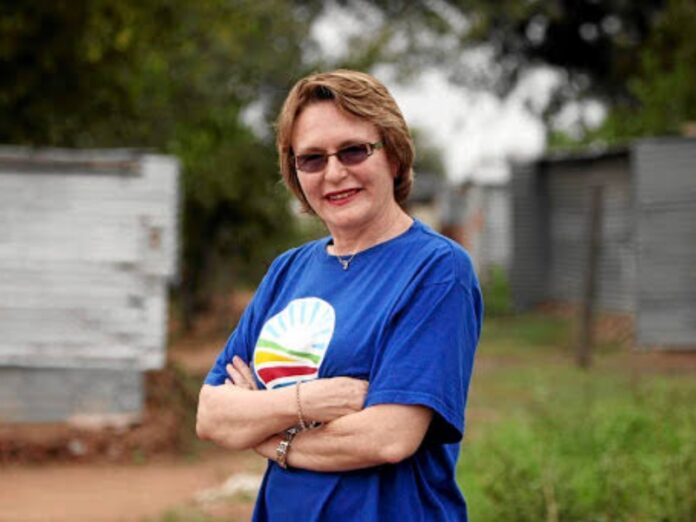 Black South Africans who admired the late Black Consciousness Movement leader Steve Biko had much respect for the courage of a young white investigative reporter named Helen Zille, who exposed the truth about the brutal killing of Biko by the apartheid state police back in 1977.

Being a decorated investigative reporter myself I had a soft spot for Zille when I finally met her as a leader of a vibrant Democratic Alliance with a clear intention of cutting a chunk of the black middle-class vote away from the ANC.

I witnessed her back in 2012 leading a massive protest through the streets of Johannesburg to take on the once powerful Congress of South African Trade Unions which opposed the Youth Wage Subsidy.

To her right was the then DA parliamentary Lindiwe Mazibuko, to her left was the party’s national spokesperson Mmusi Maimane, and behind her was a massive collection of black youths made up mostly of students from Wits University and numerous colleges in the Braamfontein area.

No white party ever led so many black followers in a protest in liberated South Africa.

Zille had turned around Tony Leon’s white conservative party that had “Fight Back” as its election strategy.

She was in town fighting against youth unemployment, even promising the wage subsidy could immediately rescue over 400 000 youths from unemployment.

For roughly five to seven years, Zille’s vision of a new DA seemed to entice some black middle-class voters tired of corruption, incompetence, and a political elite that was unashamedly looting the state.

Then all hell broke loose; the real Zille emerged around 2017 praising colonialism and even suggesting that the black majority who continue to suffer as a result of colonial oppression should actually be grateful.

“For those claiming the legacy of colonialism was only negative, think of our independent judiciary, transport infrastructure, piped water etc,” she said on Twitter.

I was reminded of all this on Thursday when I received news that Mbali Ntuli, a 2008 graduate of Zille’s DA Young Leaders Programme who went on to represent the DA in the KwaZulu-Natal Legislature, was joining a long line of senior black leaders purged out of the DA.

It’s no longer shocking to the nation because all those black DA leaders who promised black voters a new DA are all gone.

The damage is done. The brand is finished.