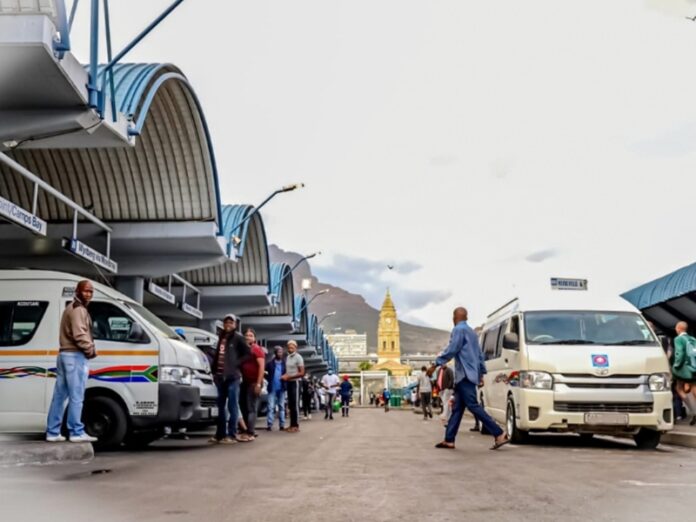 “Anarchy is the only language the government understands.”

A bus operator, who transports pupils to various schools in KwaBhaca, told me this after a resolution by taxi and bus operators in the Eastern Cape to close the N2 highway on Monday.

The Eastern Cape government failed to pay them during December and January, bringing the total money to pay to over R73 million.

And so last week the taxi industry threatened to unleash anarchy – by blocking children from going to school, pensioners from accessing towns and road freight truckers from making deliveries.

A voice note circulated threatening to unleash hell if ordinary citizens disregard the instructions of these operators, who have no regard for our constitutional freedom of movement in a democratic society.

The whole weekend we were cowed into submission by this thuggery and many had resolved not to go to work on Monday. No one in these parts trust the police for protection when anarchists come out to play.

Not a single statement was issued by law enforcement.

It was this threat of anarchy that forced Premier Oscar Mabuyane to call the taxi operators back to the negotiation table, thus averting the crisis.

Almost overnight Eastern Cape Transport MEC Weziwe Tikana Gxothile confirmed she had scraped together R33 million and immediately deposited it to the accounts of the operators.

“A total of R33 million of the R73 million has already been paid to operators. The remaining R40 million has been processed and the money will reflect on the operators’ bank accounts by February 22 for the first batch. And the final batch will be paid by February 25,” she said.

This is the classic example of how anarchy undermines the law, encourages others to do the same but remains “the only language the government understands”.

The N2, the main economic artery running through the Eastern Cape, is full of scars from rural communities who have taken their service delivery protest to the main road.

Frustrated by councillors and mayors who bury their heads in the sand, communities block the road with burning logs and tyres.

Without fail this sort of anarchy delivers the desired results.