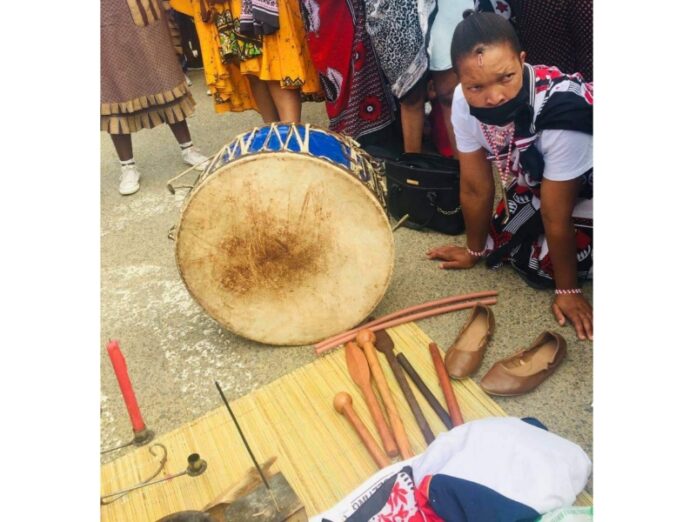 “I don’t have a bright future. It is clear I was born to suffer. I think death is a better way for me.”

The note, from a 16-year-old girl from Maclear in the Eastern Cape to her mother, ended: “I wish you all the best in life. I love you my hero.”

The mother, Nkeletseng Rwathana, walked in just in time to prevent her daughter from committing suicide.

She was already foaming at the mouth after overdosing on pills.

Nkeletseng found the suicide note under her daughter’s pillow.

The incident on Monday followed weeks of her daughter being bullied and discriminated against at school and finally being thrown out of Umthawelanga Senior Secondary School by the school principal.

Having a “sangoma calling” – something which is known to make people sick until they submit themselves to the calling.

In the case of children, a ritual is often performed to delay the ancestral calling until the child becomes an adult.

In the meantime, the child would have to wear strings of white beads on the wrist or on the head. In this case the beaded string was on the head and the school found it to be out of sync with the school attire.

Frustrated, the little girl decided to take her own life, saying she felt her big dream of getting an education and pulling her family out of poverty were crushed by her dismissal from school.

“I think death is the only way for me so that I won’t feel any pain,” she wrote in the note below.

Nkeletseng said she visited the school to meet the principal who confirmed that the Grade 9 learner was no longer allowed to return to class.

From there the mother went to the Department of Education in the district and the case is being investigated by officials.

In the meantime, her daughter is still at Maclear General Hospital receiving treatment and counselling.

In November 2021, a 16-year-old girl with a spiritual calling at Bhisho High School took her own life after two teachers bullied her and called her a witch. Her death attracted protests from sangomas and learners (Pictured) which resulted in the implicated teachers being put on special leave.

In February three different schools in KwaZulu-Natal dismissed learners for having spiritual callings.