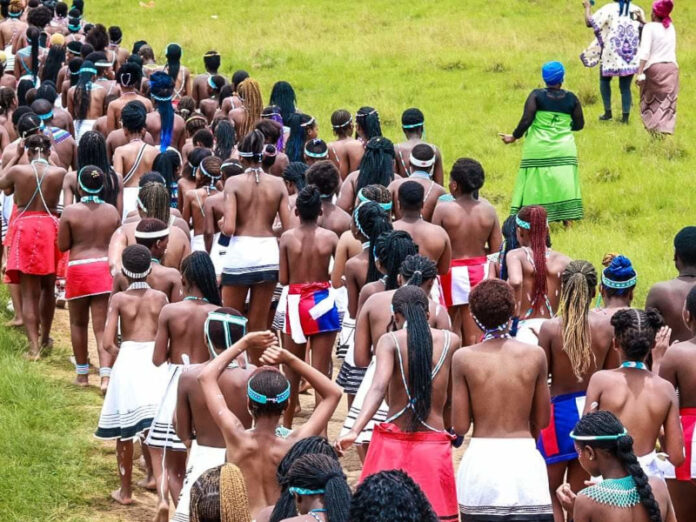 No words can console an Eastern Cape granny who sent her grandchild to borrow R10 from her neighbour only to hear that the girl had been raped and killed by a neighbour.

Even Eastern Cape premier Oscar Mabuyane tried his best when he visited the family in their home in Bhaziya outside Mthatha on Tuesday.

On Sunday, Emihle Tukani’s granny sent the 12-year-old to fetch the R10 she had borrowed from her neighbour as she was short of bus fare to get to Mthatha, where she planned to draw her pension on Monday morning.

The neighbour had agreed to lend the old lady some money and suggested that Emihle should come to his house to fetch the money.

That’s when he took the opportunity to strip her naked and rape her before breaking her neck and dumping her naked body behind a cattle kraal.

The Grade 5 learner from eMputhi Junior Secondary School was part of a proud cultural group called Inkciyo that educates young girls about delaying engaging in sex and good values for young women and girls.

The group – an affiliate of Inkciyo Eastern Cape – is known to practise virginity testing.

A myth spread by unscrupulous sangomas in the early stages of the HIV/Aids pandemic in South Africa that sleeping with a virgin girl cures one of the disease, and other dangerous lies continue to place young girls in danger of being raped.

“The law will deal decisively with perpetrators,” said Premier Mabuyane.

“We urge communities to work with the police to bring such monsters to book. Let us not take the law into our own hands due to anger.”

Children’s rights activist Petros Majola of the Khula Community Project said the premier’s message came too late as the killer and rapist was later found dead and no one in this community wants to be drawn into a discussion about the circumstances surrounding his death.

It appears the man is a shepherd from Elliotdale.

“The perpetrator is not from this village. He came here as umalusi and we are now hearing that there are other cases against him where he comes from in eXhora,” Majola said.

The village of Bhaziya is under Chief Minenkulu Joyi, a well-known activist against gender-based violence and the abuse of children.