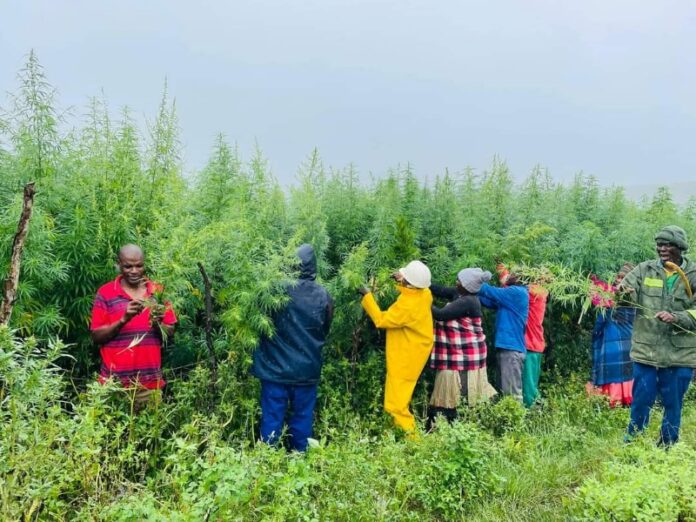 The new dawn so long promised by President Cyril Ramaphosa seems to have arrived in Eastern Pondoland, the traditional home of dagga in the Eastern Cape.

The days when producers of weed in these parts feared police sirens are long gone.

In just one announcement, Ramaphosa has unleashed a tsunami in these parts bringing hope to desperately poor communities that formal employment is now possible.

“The hemp and cannabis sector has the potential to create more than 130,000 new jobs,” Ramaphosa told the nation in his State of the Nation Address last week.

“We are therefore streamlining the regulatory processes so that the sector can thrive as in other countries such as Lesotho.”

Local people in Emaxesibeni, KwaBhaca, Mbizana and Ntabankulu have been growing and systematically drying cannabis for hundreds of years.

In many villages, cannabis fields are found deep inside natural forests and valleys that can only be accessed by using donkeys.

The people are regarded as among the most skilled producers and therefore the most likely to get formal employment in the industrialization of hemp.

Mayor Sobuthongo said the municipality has taken it upon itself to organise the rural producers to help them to get licenses for legal production of cannabis.

“Our goal is that we do not transport raw cannabis to other areas. We want a situation where processing is also facilitated locally for industrialisation of the local economy. We want to attract cannabis investment into our town by partnering with other players and by calling out to those with financial muscle to come down and invest in Ntabankulu,” she said.

Last week the town launched a massive investment programme in infrastructure to pave roads as part of a plan to attract investors to the district.