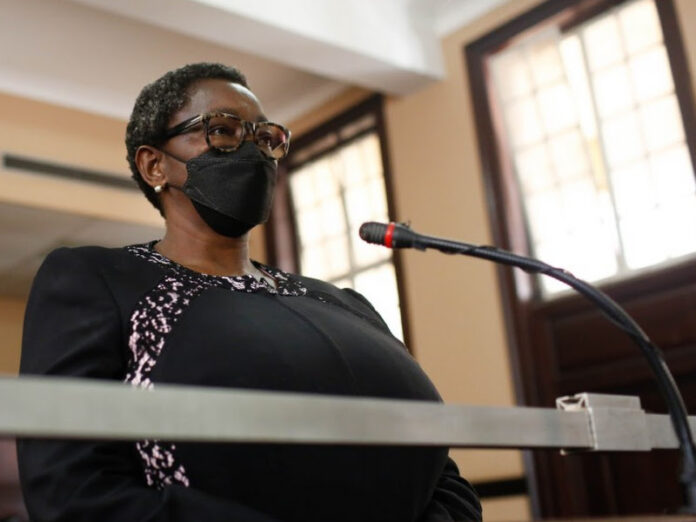 President Cyril Ramaphosa is under pressure to fire Bathabile Dlamini; an easy task if the former minister did not wield so much power in the ANC.

Ramaphosa simply has to follow the latest regulations of the ANC which say members who are charged by the police for any criminal offence must step aside from their positions to save the party from public humiliation.

Once a member has been found guilty, they must resign from all public office and political positions in the ANC.

Dlamini refused to step aside when she was charged and she is not leaving without a fight now even though she has been convicted of perjury by the courts.

Dlamini, the convicted criminal, comes from KwaZulu-Natal, a province that is now the launch pad of all anti-Ramaphosa campaigns.

She was also born in Nkandla, the home village of former president Jacob Zuma who leads the RET forces, an anti-Ramaphosa faction in the ANC.

The former minister of social development is a member of the powerful ANC National Executive Committee and President of the ANC Women’s League.

An outright dismissal of Dlamini just nine months before the ANC elective conference in December could compromise Ramaphosa’s bid for a second term at the helm.

Dlamini and her allies are already arguing that male politicians implicated in criminal activities get treated with kid gloves while there is an appetite to show her the door for a minor offence of lying under oath.

“Human Rights are applied to all of us. They are not for the chosen few.”

From this it’s clear that Ramaphosa’s inconsistencies in enforcing the step aside regulations could pit him against Dlamini’s allies in the ANC Women’s League which has been protecting her from many scandals over the years.

She is one of 14 ANC MPs who survived the 2006 Travelgate scandal where MPs submitted fraudulent or irregular claims to parliament deliberately defrauding the state.

In her case she blew over R245,000 in fraudulent claims including hotel accommodation and car rentals.

If she is dismissed while Ramaphosa loyalists like Energy Minister Gwede Mantashe are protected despite being implicated in the State Capture reports, Dlamini could shift the ANCWL towards the Zuma faction and thwart Ramaphosa’s bid.

Women delegates will represent over 40% of the almost 5,000 delegates who will participate in the party’s elective conference in December.