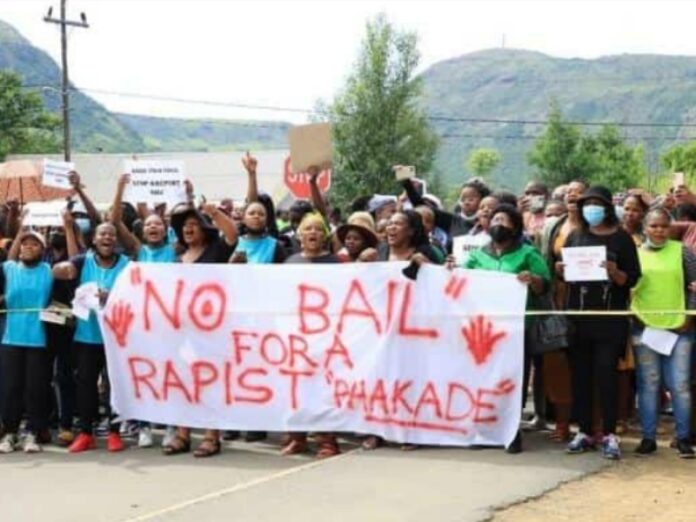 Such is the power and influence of Mount Ayliff pastor Vizicelo Phakade that both the magistrate and the state prosecutor at Mount Ayliff Magistrate’s Court have asked to be recused from hearing his bail application.

The founder of the popular charismatic church – God’s Power Family Church – has been charged with raping a 16-year-old school girl.

Various institutions, including government departments and community groups, used to hire the pastor as Master of ceremonies for their events while local media benefited by selling advertising slots to his church.

Phakade is also a revered member of the community who hangs out with business leaders and top politicians in the Alfred Nzo Region.

It is this background that has made it difficult for some public figures to openly denounce his actions.

In an affidavit submitted in court, the learner from Zanokhanyo Primary School said Phakade tricked her into getting into his car.

Once she was in the car, the respected pastor sped off into a bush where he allegedly repeatedly raped her.

For the bail application to go ahead on Thursday, a magistrate and prosecutor from Ntabankulu Magistrate’s Court had to take over the proceedings.

In his application for bail, the pastor said he needed to be in constant consultation with his doctor because he is diabetic.

He said he is a decent person, a first time offender and that there is no evidence linking him to the crime.

Phakade appealed, saying he is the only breadwinner at home and the main signatory in his church committee.

Phakade‘s lawyer Nqaba Nomvethe told the court that his client has other homes in Ntabankulu and Libode where he would be safe from the community of Sugarbush village that is baying for his blood.

Family spokesperson Reverend Hlongwana of the Mount Frere circuit of the Methodist Church of Southern African said the community is worried that a powerful man like Phakade will not be prosecuted by local courts.

“The decision of the magistrate and prosecutor to recuse themselves has made the community very suspicious here.

“Other girls who opened sexual offences cases against Phakade a few weeks ago have been called to resubmit their affidavits.

“But regardless of this, we are still standing with the community appealing to them to trust the justice system.”

The bail application was postponed to Monday 24 January.