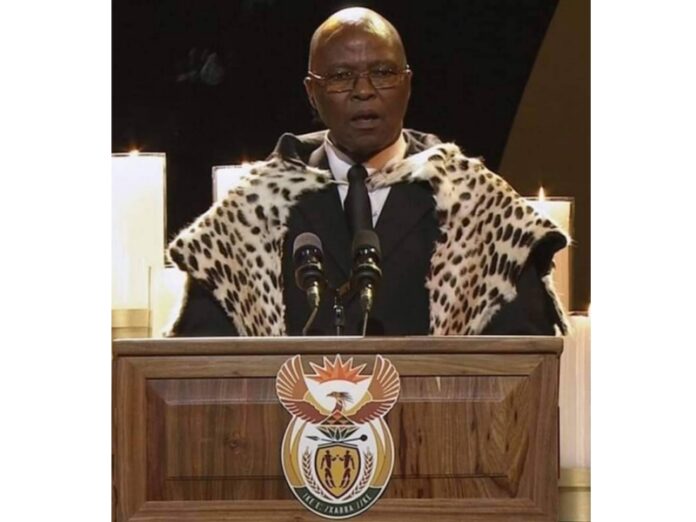 There is an African saying “Uwile umth’omkhulu”, meaning the great tree has fallen.

It is often used in reference to the death of an elderly person who was the pillar of a family, a repository of knowledge, history, culture and traditions.

Such a person is a unifier and a link between various houses of the same family.

It is no exaggeration to say the people of the Eastern Cape are in mourning this week following the news that Chief Ngangomhlaba Matanzima has died.

It is a huge loss to the AbaThembu Nation and especially to the Amadlomo House which is the Royal Household of the late Former President Nelson Mandela.

The Eastern Cape House of Traditional Leaders confirmed on Tuesday that this veteran of traditional leadership has passed on.

“A man of integrity, great stature and gravitas is no more. Nkosi MJN Matanzima was a man with an immaculate appearance, a progressive leader, a champion of Traditional communities,” the House said in a statement.

“He was a capacious granary to the whole Province and to the Thembu nation at large.”

Amakhosi in the province praised Chief Matanzima for being instrumental in the formation of the Eastern Cape House of Traditional Leaders and serving the House for 21 years.

Chief Matanzima was regarded as the Great Tree of the AbaThembu and the Mandela House because it was he who was able to unite and manage bitter rivalries between different houses in the ruling Amadlomo clan.

Chief Matanzima was loved and respected by many tribes in the Eastern Cape for his role in shaping the traditional leadership structures in these regions.

As leader of the Moral Regeneration Movement in the province, Chief Matanzima “championed ethical and moral values” and spoke out against Gender Based Violence, calling on men to lead the change.