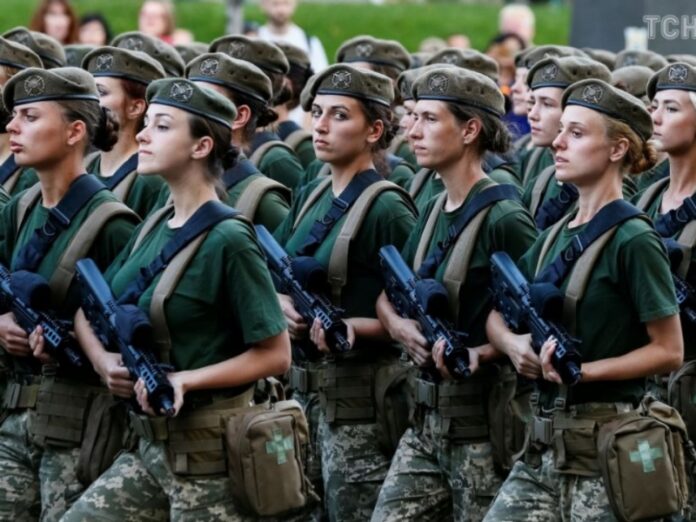 Cheresnaya worked as a travel blogger before Russia launched a full-scale invasion of Ukraine on 24 February.

“I know what you are going to answer to this letter: “So when do you come to us, to Nova Ushytsia? Maybe you will go? But why are you there? You have already helped anyway.”

I have my military units here, my fundraising, my highly urgent tasks like where to get walkie-talkies, how to order drones with a thermal imager, and where to buy bulletproof vests.

Why are the kevlar helmets taking so long, and where to find that lace that is needed for the Armed Forces of Ukraine? Honestly, mom I did not expect myself to end up in the army.

Just 18 days ago I was choosing where in Kyiv they make the best lactose-free cappuccino. I was going to concerts, I was ordering a dress for a party and thought what else would be interesting to read. You know, mom, no book matches reality.

When one girlfriend of mine writes to me from Bucha that “corpses are everywhere here”, when another girlfriend writes “we were bombed a little bit by a plane, but it’s quiet now,” when my classmate – you remember him – died in the shelling of Lutsk…

I don’t know, mom. I don’t know why they need that. The Russians lost not only what they had – they lost their future, they lost the future of their children, they even lost the right to be proud of the victory over fascism. Because they became fascists themselves.

Mom, I’m being fed here, I wear a hat. I even eat porridge with meat here. God, I haven’t eaten meat in eight years, but you can’t pick the meat out of that porridge.

I love you, mom. I will definitely come to you. After the Victory.”