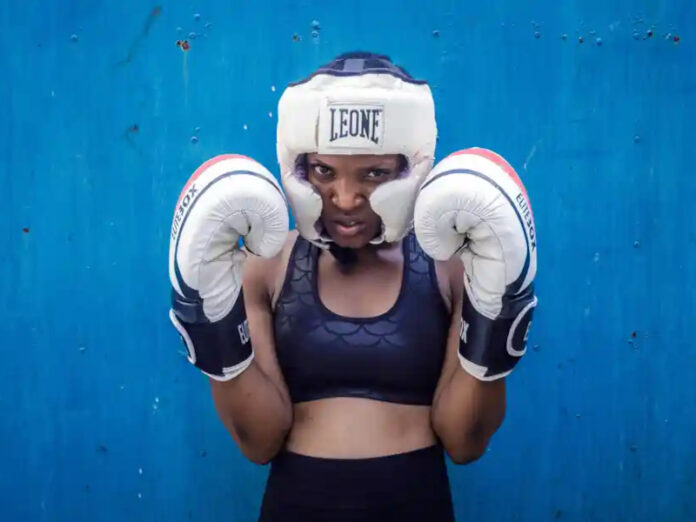 Esther Oni joined a boxing gym a year ago and her life has not been the same since.

The 25-year-old tried boxing simply as an escape from the realities of her daily life, but now she has fallen in love with the sport and dreams of competing professionally.

“I’m a different person to the one I was before. I feel relieved, as if something has left me. I feel free,” she told The Guardian.

Oni was introduced to women’s boxing through a friend at university who invited her to watch a match. It immediately sparked her interest and she started training soon after that.

“It was tough in the beginning. The day after my first session I was so tired I couldn’t walk, but now I feel sick if I don’t train,” she said.

The coaches at EliteBox fitness gym were impressed with Oni’s natural skills, prompting her to train four times a week as she aims to become a professional.

Oni said taking up boxing has reduced her fears of potential abusers.

“I used to be scared because of memories from the past. Now I feel like I am the strongest of my friends. If a guy is trying to talk to us in a manner we don’t like, I am the one who stands up to him. I am the warrior among my friends!” she said.

Teenager Abosede Obisanya said boxing helped her cope with the anger she felt during her earlier years.

“Boxing is a game of discipline. Before I started boxing, I would misbehave but my coach told me that I don’t have the right to get into fights. I only fight in the ring,” she said.

The biggest reward for Oni thus far was showing her mother pictures taken while she was in an exhibition event. She said her mother had doubts in the beginning but now she is proud of her for taking up the sport.

“When I saw the photos, I knew boxing would take me a long way. I know I made the right decision when I chose boxing.”