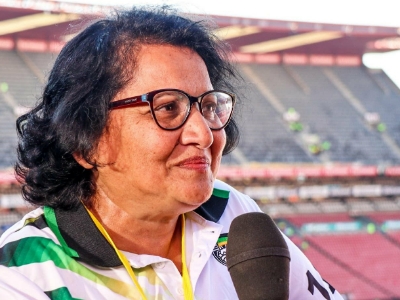 In another leaked recording of the ANC top six virtual meeting in March, Jessie Duarte can be heard defending former president Jacob Zuma’s refusal to attend the Zondo Commission.

“Going to the commission under Zondo, personally, I believe absolutely it is not a good thing for comrade Zuma to do, given the personal and historical antagonism that exists between them (Zondo and Zuma).”

She accused Zondo of turning the commission into a court.

“It has turned into a court of law. It is no longer a commission. They almost have a prosecutorial attitude towards people who come to give evidence.”

Zuma now faces a possible two years in jail for defying a ConCourt order which instructed him to appear at the commission in February.

Duarte became the deputy secretary-general in 2012 in Zuma’s top six and retained her position in 2017.

“Why is it that whenever we go to the North Gauteng High Court, we know that we will lose. It’s almost a given that if we go to Dunstan Mlambo we will lose the case,” she said.

“It’s almost a given that if Judge Hlophe in the Western Cape listens to a matter the ANC will come out better.”

Duarte also said Chief Justice Mogoeng Mogoeng lacks an understanding of the Constitution of the Republic of South Africa.

Mogoeng gave Zuma until Wednesday to explain what he thought was a suitable sentence for a person who had defied a ConCourt order.

Zuma has yet to file his affidavit.