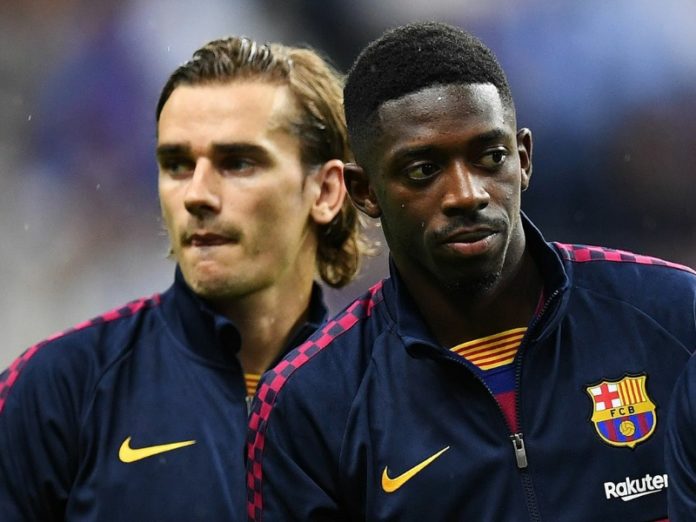 In the video, which is thought to have been shot in 2019 during the team’s Japanese tour, Dembele is heard saying: “All these ugly faces, just so you can play PES [Pro Evolution Soccer], aren’t you ashamed?”

The video, which appears to have been shot by Dembele, 24, in a hotel room, shows two technicians attempting to fix technical issues the two Barcelona players were having with their TV. The players are talking in French.

Dembele goes on to say: “What kind of backwards language is that?” before asking, “are you technologically advanced in your country or not?” while zooming in on one of the workers.

Barcelona is sponsored by Rakuten, a Japanese retail giant.

The deal between the two businesses was announced in 2016 and is reportedly worth R912 million per year. The deal was initially agreed for four years but it has since been extended by a further year.

Neither the players involved, nor Barcelona, have responded to the alleged racism. But their Japanese sponsors are likely to be less than impressed with the leaked video.