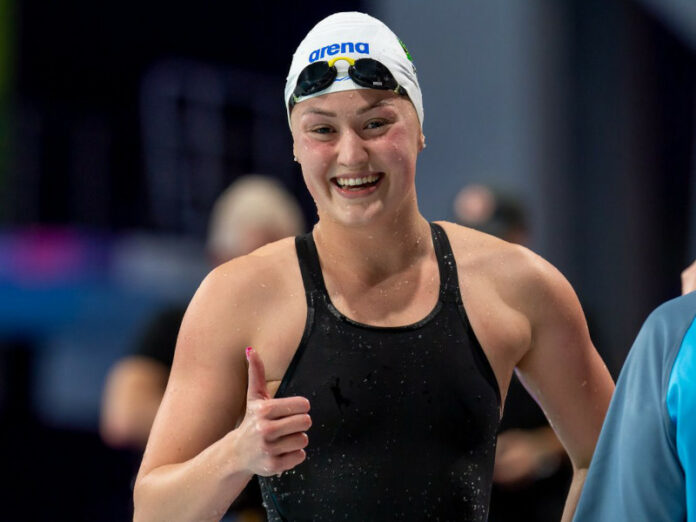 The teenager finished first in her heat, putting her ahead of Olympic gold medalist Tatjana Schoenmaker for the semi-final.

Despite setting a new record, Van Niekerk said her nerves almost got to her before the race on Friday.

“I was quite stressed before the race. I had a heat flush and walking out, the crowd went crazy. The adrenaline started pumping,” the 19-year-old said afterwards.

“I just felt so good in the race. I was gliding through the water and then, after I touched the wall, I could see everyone going crazy that I had got the Games record.”

Pieter Coetzee finished first in his 100m backstroke event, putting him in prime position for the semi-final.

In Sevens Rugby, the Springbok Women lost 38-0 to Australia, who are often deemed the best female sevens team in the world.

The Springbok male side dominated Malaysia 46-0.

The mixed 4x100m team failed to qualify for the next heat as they were disqualified during the afternoon session.

The women’s hockey team also succumbed to defeat when Scotland ran out 4-2 winners in their opening encounter.

The women’s sevens team will take to the field for the second time on Friday at 6.30pm when they face Fiji.

The swimming semi-final heats are set for 8pm on Friday night while the men’s sevens team will be back in action at 9.48pm against Tonga.