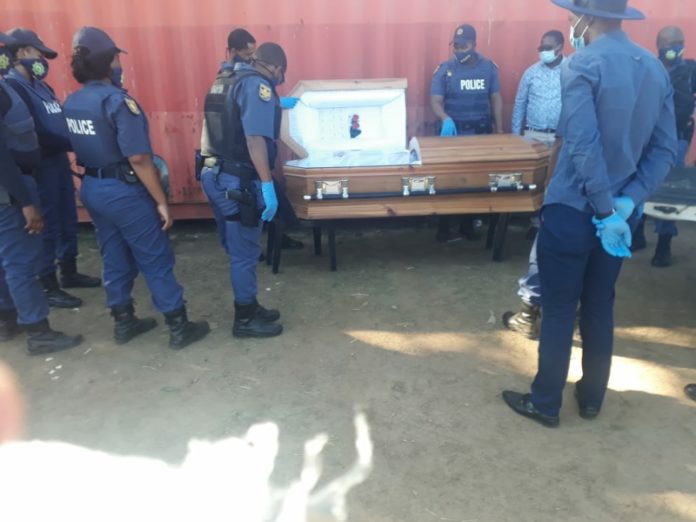 The KZN undertaker nailed for allegedly stealing a luxury dome coffin is a reverend of the AmaJerusalem Church of Zion, the biggest Zion church in Zululand.

Following his arrest, the church has now suspended him from all duties.

The reverend has been remanded in custody after he briefly appeared in Mahlabathini Magistrate’s Court on Monday. The bail application is on 24 May.

Bishop Mthandeni Dlamuka of the AmaJerusalem Church told Scrolla.Africa that the congregation have been shamed by the incident, which we reported on earlier this week.

“He needs to face his action alone, not with us as a church.”

The reverend is the owner of IThuba Funeral in ULundi.

Last week he went to Celani Funeral Services to ask for a coffin and other funeral equipment but Thoko Masango of Celani was unable to help him.

The following day, when Masango arrived at her offices, she realised there had been a break-in and the coffin as well as other equipment had been stolen.

She went to the police and they hastily located the stolen items.

Bishop Dlamuka said the suspect has been the reverend at the church for almost 15 years.

“Our branches from Gauteng, Newcastle, Ladysmith, Durban and other areas have been calling us to ask whether this is true or not,” said the angry bishop.