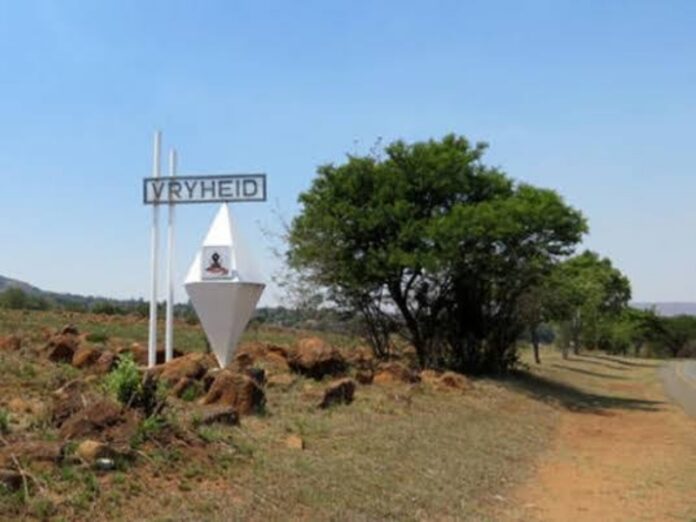 Community members who were given their former employer’s land in Vryheid in the north of KwaZulu-Natal are at each other’s throats.

The fight is between the Vumani Community Property Association (CPA), consisting of farm workers and the KwaMnyathi Trust, who claim to be the land’s real owners.

Sizwe Mtshali is leading a Vumani CPA protest against the Department of Land Affairs, whose members accuse officials of wrongfully getting involved in the land dispute.

Mtshali told Scrolla.Africa that in 2005, the government bought land for them from their employer but they were not given the entire farm because the original owner wanted to finish selling off his forest.

“The owner was Van Rooyen who sold his land to us via the government,” he said. “But there was a portion that he decided to hold to finish his stock of forest that he needed to sell.

“In 2009 he left the farm but we only found later that the land had been given to the community of KwaMnyathi and our local ward councillor was involved in this scandal.”

Ward councillor Mdititi Ntombela told Scrolla.Africa that this matter has frustrated him for a very long time.

He said the Vumani community members have even laid fraud and corruption charges against him with the Hawks.

“The land they are talking about was never given to them and I have explained this for years now. The Vumani community, which I’m part of, were given land under the Labour Tenant Programme,” he explained.

“The KwaMnyathi were given a certain section under the Land Restitution Act.

“Unfortunately when the KwaMnyathi started to develop their own land in partnership with Sappi, it is where the Vumani community began this fight, claiming that the KwaMnyathi land belongs to them.”

He said the KwaMnyathi even donated part of its land to the Vumani community to build RDP houses.

The Land Affairs Department has promised to meet the affected communities next week to show them a title deed in order to resolve this dispute.