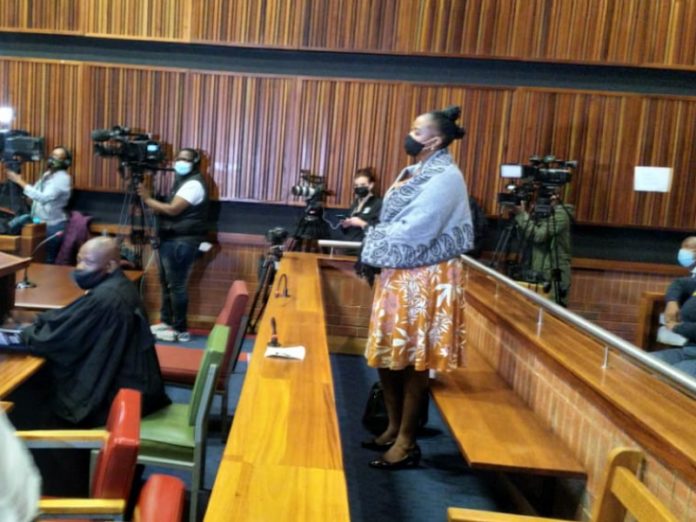 This time, the former cop appeared alongside her co-accused, also a former police officer, Nomsa Mudau.

Nomsa was stationed at the Noeken Park police station near Kempton Park when the two police sergeants met.

Nomsa is accused of conspiring to kill her husband Justice Mudau in 2018 with the intention of cashing in on insurance.

Rosemary allegedly offered Nomsa the services of hitmen she used to kill her own family members.

Speaking to Scrolla.Africa on Wednesday,  Justice Mudau said he was very happy that his ex-wife will face the law. “I never thought this day would come. This is a victory, not only for me, but also for the law and Justice system in the country.

“I know it will be a long way to find out whether she’s guilty or not, but I am so happy that at least Nomsa has a day in court to answer,” he said.

Mudau said he believes in the law and thinks Nomsa, just like Rosemary, will be convicted for the charges she’s facing.

Mudau said he nearly lost hope in the case at one point as there was no communication from the detectives.

Rosemary is accused of conspiring to kill the police detective who was investigating her multiple cases and the station commander of Tembisa South police station Colonel Nthipe Boloka while she was inside the Johannesburg Prison.

Rosemary was convicted and sentenced to multiple life sentences late last year for the murders of her close family members including her boyfriend and a sister.

The case was postponed to 25 May for the two suspects to secure legal representation.