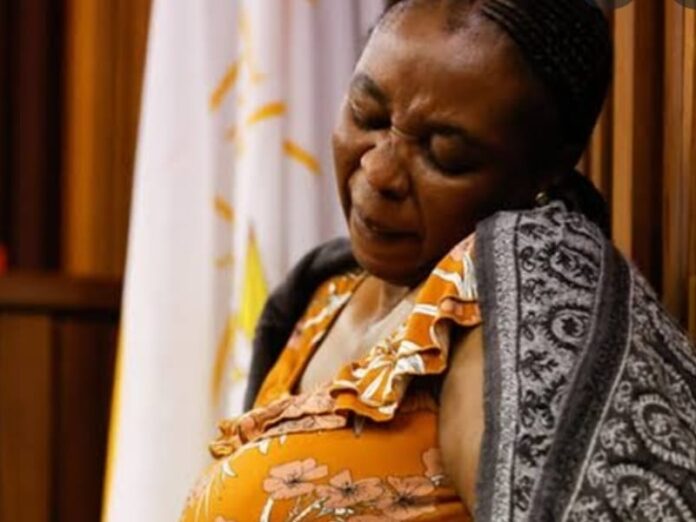 The former police officer, dubbed Killsurance, was sentenced to multiple life sentences for killing five of her relatives and her lover for the insurance payouts.

Ndlovu was arrested by a provincial organized crime unit on 7 March 2019.

Ndlovu is accused of conspiring to kill Benneth Mabunda, who was investigating her cases, and her boss Colonel Nthipe Boloka.

The plan was uncovered by Colonel Boloka who is still the station commander at the same police station Rosemary worked in Tembisa Ekurhuleni.

Ndlovu has been imprisoned since her arrest in 2018.

Ndlovu is also a co-accused in another matter involving a former Norkem Park police officer, Nomsa Mudau, who was arrested for allegedly plotting to kill her husband, Justice Tshifiwa Mudau.

The news of Rosemary’s return to court reached the ears of Mudau who said he has been waiting to hear when the police will place the case of his ex-wife on the roll.

Mudau told Scrolla.Africa he received a phone call from detective Mabunda on Thursday saying that he wants to see him in his office at the Olifantsfontein police station.

Rosemary is alleged to have connected Nomsa with hitmen and helped her hatch a plan to kill her then husband.

The plan was to shoot Mudau in his home.

These were the same hitmen that Ndlovu hired to kill her sister Joyce Ndlovu and her five children in Bushbuckridge in Mpumalanga.

Instead of carrying out the plot, the hitmen tracked down one of Mudau’s friends and told him to warn Mudau of the planned hit, which was supposed to have been carried out on 28 February 2018.