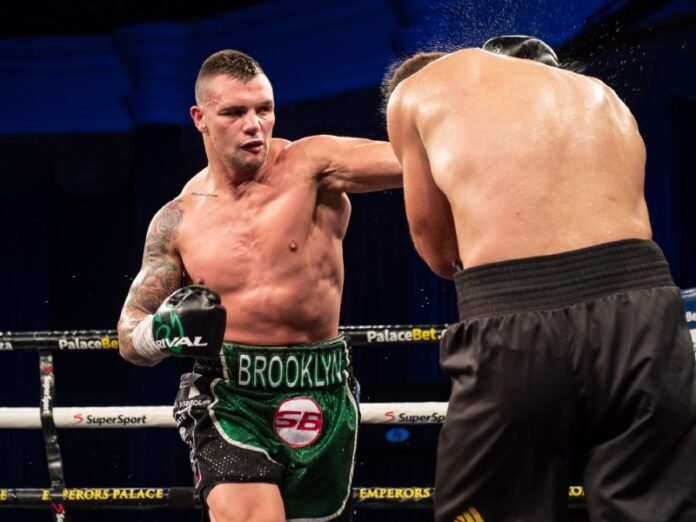 South Africa’s talented boxer Kevin “Two Guns” Lerena is in line to challenge for the World Boxing Association (WBA) heavyweight crown, shortly after making a spectacular entry into the division after a year ruling with iron fists in the cruiserweight class.

The win earned him a rating at number 13 at the WBA.

Rodney Berman of Golden Gloves Promotions announced after the fight that he is negotiating for a possible heavyweight fight for Lerena in the United Kingdom in August and then again in November at Emperors Palace.

By the look of things Lerena might face WBA heavyweight champ Oleksandr Usyk who holds the WBA Super, IBF, WBO and IBO belts and Trevor Bryan the secondary champion.

It does seem Lerena’s wish to make some noise in the world of boxing might come sooner than he envisioned.

South Africa has not had a decent heavyweight boxer to hold his own against the best in the world for some time now.

He vacated that belt yesterday and immediately announced that he has moved up to the heavyweight division. He has also earned the SA, WBA Africa and Pan Africa, WBC Silver crowns.

“I am ready to rock and roll with the bigger boys,” said Lerena after the weekend fight.