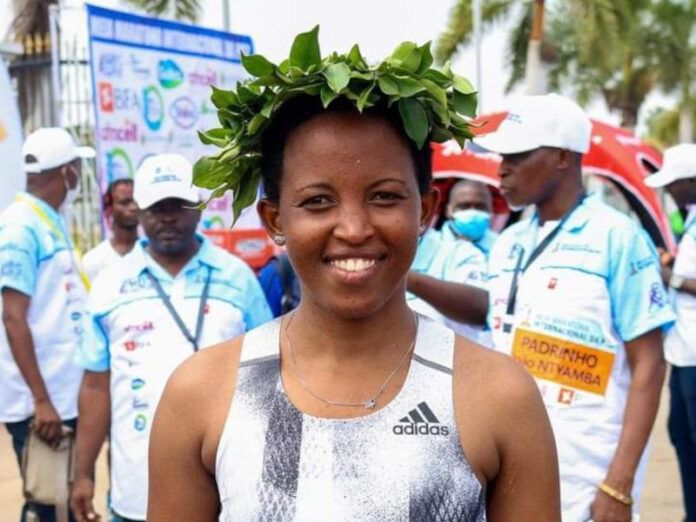 Kenya is known for its long-distance runners, with many of the athletes training in the town of Iten.

On Saturday, the body of athlete Damaris Muthee Mutua was found with multiple stab wounds.

The 28-year-old was found dead in the city labelled as the “home of champions”.

Local police have launched a manhunt for the athlete’s boyfriend, who fled the town on the day Mutua’s body was found.

Mutua is the second female Kenyan athlete to be murdered in the city in the past six months. Agnes Tirop was stabbed to death in October last year. Her husband, who is the prime suspect, remains in police custody as he awaits his trial.

Mutua was training at the same high-altitude centre as her boyfriend, who left the country after making several calls to Ethiopia.

“The suspect called a friend whom they were training together with and informed him that he had killed a girlfriend and the body was in the house,” Police Chief Tom Makori told Reuters.

The victim was born and trained in Kenya but represented Bahrain on the international stage.

Her boyfriend is being treated as the main suspect in the murder, according to Keiyo North Deputy County Commissioner Julius Maiyo.

“The police got reports that the Ethiopian had killed his girlfriend and when the officers came to their residence, they found it locked. They broke the door and found the decomposing body,” Maiyo said.

Fellow athlete Christine Kambua said she had no idea Mutua had a boyfriend.

“I did not know that she had an Ethiopian boyfriend. She had only told me about the father of her son, who is a Kenyan,” she said.

Tributes poured in for Mutua who was at the peak of her career and getting better with each race.

She won the Marrakesh Marathon late in 2018 as well as the 10km Casablanca Memorial in the same year.

Mutua never made it to the Olympics but competed at the Singapore Youth Olympics in 2010.