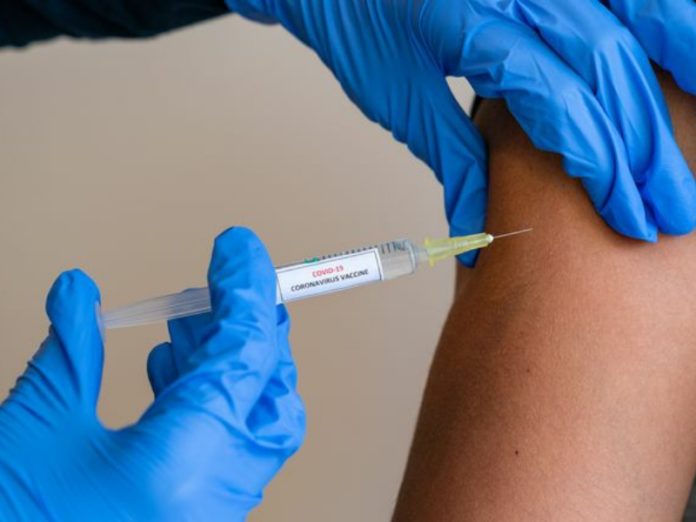 The Kenyan government has aimed to vaccinate 100,000 people daily in a bid to rapidly boost its dismal vaccination rates.

In order to achieve this, Health Minister Mutahi Kagwe says everyone who is not vaccinated will be barred from using public transport and accessing government buildings from 21 December.

Kenya has one of the continent’s worst vaccination rates with only 8.8% of the population so far fully vaccinated.

But on Tuesday alone – soon after the minister’s announcements to bar unvaccinated people from public places – 103,506 Kenyans were vaccinated. This is the highest number in a single day since Kenya’s vaccination drive began. A total of 102,537 were vaccinated on Wednesday.

The health minister has faced many hurdles in his attempt to get all Kenyans vaccinated.

A lawyer has filed a petition challenging the health minister’s directive to bar unvaccinated Kenyans from accessing basic services from 21 December.

It comes amid record turnout for vaccination in different parts of the country since the directive was made earlier this week.

People will have to be fully vaccinated to use public transport – including buses and domestic flights – or to enter hotels, bars, restaurants, and game reserves, according to the directive.

But in the urgent case, Winfred Otieno Ochieng wants the implementation of the directive stopped temporarily until the matter is heard.

The WHO’s Regional Director for Africa Dr Matshidiso Moeti called for countries to urgently speed up the rollout of vaccines to health workers.

She warned a new surge in cases was looming due to the end-of-year festive season.

All countries in Africa say they prioritised health workers in their vaccination plans.

The WHO says supply to Africa has increased and said some of the low coverage was due to vaccine hesitancy.