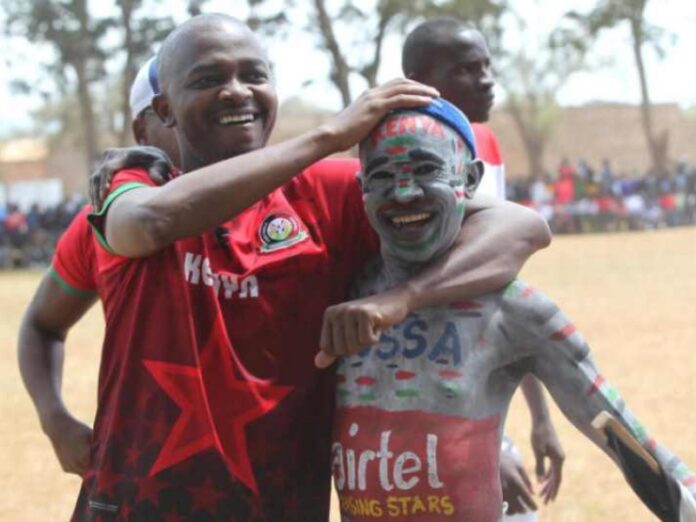 Isaac was well-known throughout Africa’s footballing community for painting his body in the colours of the team he is supporting, whether that be the national team of Kenya or local teams such as Harambee Stars and AFC Leopards.

His wife, Farida Juma, said he was killed over a dispute amongst his family members which began when Isaac refused to sell a portion of the land he owned.

“It was at night when my husband went out for a call of nature, little did I know it was the last time I will see him alive,” Farida told Goal.

“All I heard were screams from him after being hacked by people who were hiding outside, armed with crude weapons. From the way he had been cut, we could not help him,” she explained.

Farida added that the culprits had initially beaten him up. That incident was reported to the police and the preparators were arrested and later released.

Farida said that the police had been made aware of violent threats made towards Isaac, but the authorities failed to take any further action.

Fans took to social media to pay their respects for the fallen hero, who spent every game on his feet, cheering and dancing for the full 90-minutes, regardless of the score line.

Harambee Stars tweeted their condolences for their longtime supporter.

“Our condolences go out to the family and friends of our top fan, Isaac Juma following his disturbing death yesterday night. His passion for the game was unmatched.”

In 2011, the 56-year-old Isaac was awarded the KPL Chairman’s lifetime achievement award for his contribution to football fanatism.

The late football fan is survived by 10 children and two wives, Christina and Farida.