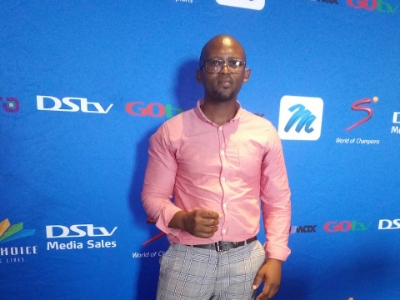 It used to be a place where criminals and rapists lay in wait for defenceless school children – but times have changed.

Martial arts practitioner Thamsanqa Joseph Nkevu, from Kariega in Uitenhage, said he was moved by the horrendous cases of robberies and rape that happened at a footbridge between KwaNobuhle and Khayelitsha.

He has stepped in to guard the area to ensure the safety of school children.

Nkevu stands under a tree near the bridge doing his karate training while keeping a close eye on the kids.

“I decided to step in after the rape of a young girl who was on her way to her 7am classes,” he told Scrolla.Africa.

“Then there was the mob killing of a man who robbed and attempted to rape a school girl.”

“I grew up playing and swimming at the place,” Nkevu said.

“There were bushes and trees. The place was darker than today, but it was safe.”

He said he has been doing martial arts all his life, and teaches martial arts to children at the Lukhanyiso Youth and Childcare Centre in KwaNobuhle. “As a Christian it is imperative to provide a witness to the world about my faith so that people can see the gospel that we preach,” said Nkevu.