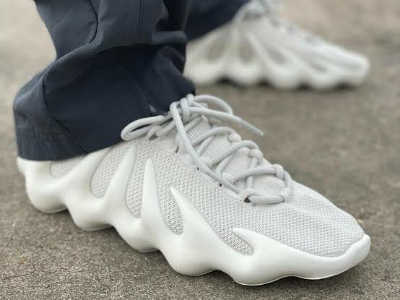 There have never been cakes that have sold out as fast as these must-have kicks.

The new Adidas Yeezy 450 Cloud Whites sneakers were all sold in less than 60 seconds.

West and his soon to be ex-wife, reality TV star Kim Kardashian, are currently finalising their divorce after seven years of marriage. The couple has had four children.

The rapper and music producer achieved the same thing with his Yeezy 750 Boost 750s five years ago. When he released the pair on July 11, 2016, these also sold out in 45 seconds.

One sad fan, who missed out on buying a pair, was lucky enough to be spotted by Kardashian, who promised the sneaker head that West would give him a pair.