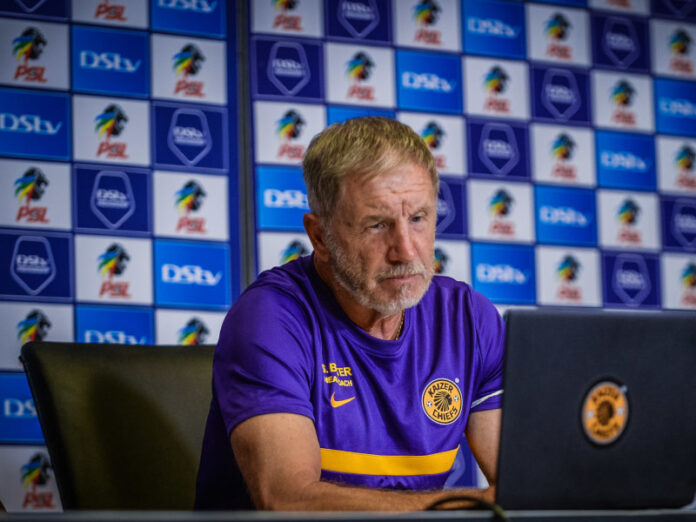 For the second time in his career, Stuart Baxter has been sacked by Kaizer Chiefs following a poor run of results.

Despite Amakhosi sitting fourth in the league standings, two wins in their last five matches and fan pressure, the Soweto giants have called time on Baxter yet again.

The announcement was made to the technical team by the club’s sporting director Kaizer Motaung Jnr.

As was the case before Baxter was hired, assistant coaches Arthur Zwane and Dillon Sheppard will take charge for the remainder of the season.

Baxter signed a contract with Chiefs until 2023 and was tasked with steadying the ship in Soweto but the club felt the British manager was not able to achieve that.

The 68-year-old manager joined Chiefs for a second time after enjoying a successful first period between 2012 and 2015, winning two league titles and two domestic cups.

The Amakhosi felt bringing back Baxter would rid them of the ghosts that came with Gavin Hunt last season, who was sacked after just eight months.

Hunt did not endure the best of times with Chiefs and management felt a stable manager would bring them back to where they belong.

While that is somewhat the case, poor results and fan disapproval was enough for Chiefs to call time on Baxter.

The Englishman leaves the club after managing 11 wins in 26 fixtures, losing nine.

Baxter’s sacking became clear last weekend after Chiefs lost 1-0 to SuperSport United. Fans at the stadium reacted angrily and pelted objects at the manager, calling for him to be sacked.

After the game, Baxter said if the club wants him gone, he will leave.

“I don’t have any message to the fans, because if they want me to go, I will go. If the chairman (Kaizer Motaung) says to me ‘Stuart, I don’t think you are doing a good job,’ then I will walk.

“I’ve got no problem doing that. I will walk myself, if I don’t think I’m affecting the team in a positive way, I will walk. No problem,” Baxter said.