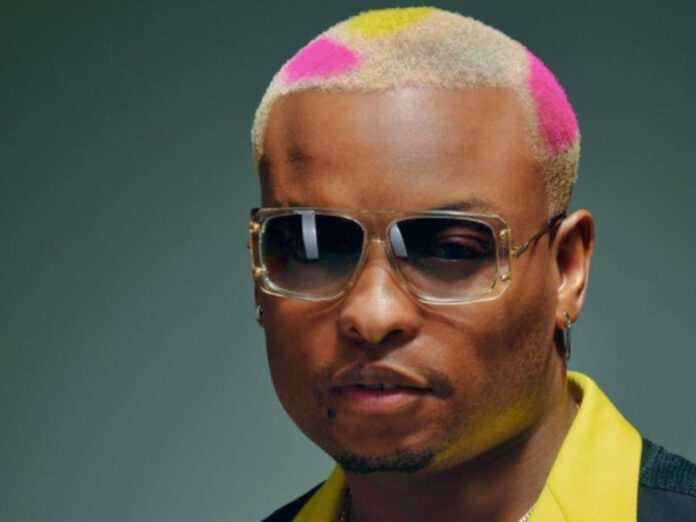 From Skhanda Republic, hiphop star K.O is back with another solo single for 2022.

Titled “Skhandaville Freestyle”, the song comes a few days after the rapper announced he is working on a new solo project called Skhanda Republic 3 or simply SR3 on Friday.

“I’m really enjoying rapping again and just having fun with this sh*t, thanx (thanks) to @LunatikBeatz,” said K.O announcing the new album title and one of the first artists to be featured, DJ Lunatik.

And two days later, Skhandaville dropped on Monday, 25 July with an interesting cover that has ‘Mr Cashtime’ under what looks like a stylish balaclava with black shades.

“The Road To #SR3. @MrCashtime Going Lunatik On The Beat With The #SKHANDAVILLE Freestyle,” tweeted DJ Lunatik, sharing the new song snippet on Monday.

K.O who has released hard-core rap freestyles before, like the 2014 hit single “No Fear” continued saying he is going to stick to his lyrically based way of doing music with the up and coming album, which has no release date at the moment.

“Times have changed they say. Unbothered.”

“At this point I do this for those who get it and my legacy. Sure #SR3 is unapologetically rap but even the casual consumers will resonate,” added K.O on his twitter account which has been recently flooded with messages of love for his new single, he keeps retweeting.

“No Fear” which also came out with his debut solo album Skhanda Republic in 2014, was also produced by DJ Lunatik.

Meanwhile K.O who is originally from Piet Retief in Mpumalanga and has been on the commercial scene for more than a decade, is also managing a group of artists he signed under his new recording label Skhanda World after his first recording label Cashtime Life disbanded.