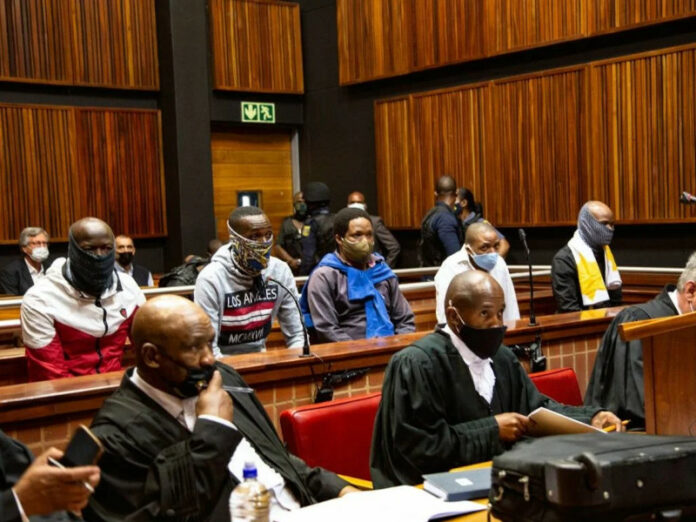 Broadcast journalists from three different stations were told to leave the Senzo Meyiwa murder trial after being accused of chasing the third witness with cameras.

Before the third witness took the stand at the Pretoria High Court on Tuesday, three media houses were asked to leave, IOL reported.

State advocate George Baloyi said the witness was chased by members of the media attempting to take photos.

Baloyi explained that this incident unsettled the witness who had to be taken to a different room to be calmed down.

“While we support the coverage from the media, events from this morning are unacceptable. Intrusive, overbearing conduct by the media against the witness is a cause for concern,” Baloyi said.

Judge Tshifhiwa Maumela asked the media houses responsible to leave the court and discuss the way forward with the court manager.

The judge added that media houses are not above the law.

The state declared on Monday that the name of the witness in the trial would not be revealed to the public for safety reasons.

Reports suggest that the witnesses set to testify were those in the house when Meyiwa was murdered as well as a neighbour.