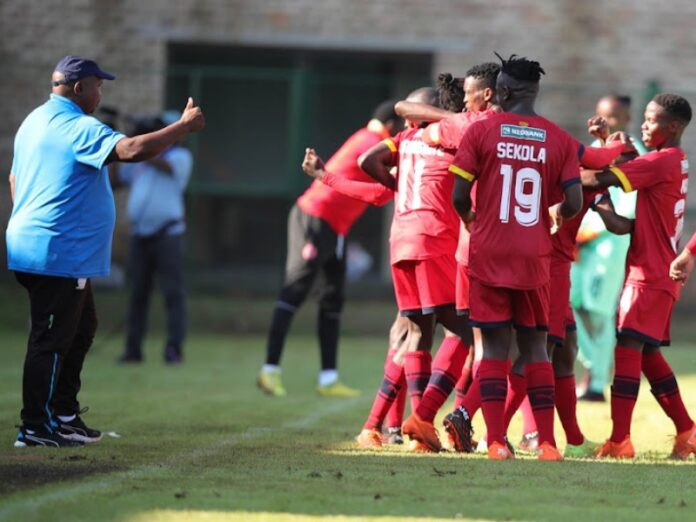 Jomo Cosmos, one of South African football’s most iconic sides, have been relegated from South Africa’s professional leagues after drawing 1-1 with TS Sporting on Saturday.

Jomo, a club owned by one of the country’s most revered football legends, Jomo Sono, got demoted from the GladAfrica Championship and will now campaign in the obscurity of third division, the ABC Motsepe League.

Ezenkosi, as Cosmos are affectionately known, gained a reputation for producing some of the country’s most talented players. Some of those went on to represent Bafana Bafana while others went on to ply their trade in European leagues.

For far too long football pundits have been calling for Sono to step aside from coaching and employ a modern tactician.

But the former Orlando Pirates star ignored those calls.

As the years went on, the club has been flirting with relegation. In 2016 they got relegated from the top tier and struggled to make a comeback.

The club was founded on 29 January 1983, upon the remnants of the previously well-known and successful club Highlands Park, which Sono opted to buy when he ended his playing career in the United States.

The club was named Dion Cosmos in its initial 1983 season, with the first part of the name representing the previous sponsor of Highlands Park and the second part being the fingerprint of Jomo Sono, who decided to name his newly bought club after his former club, the New York Cosmos.