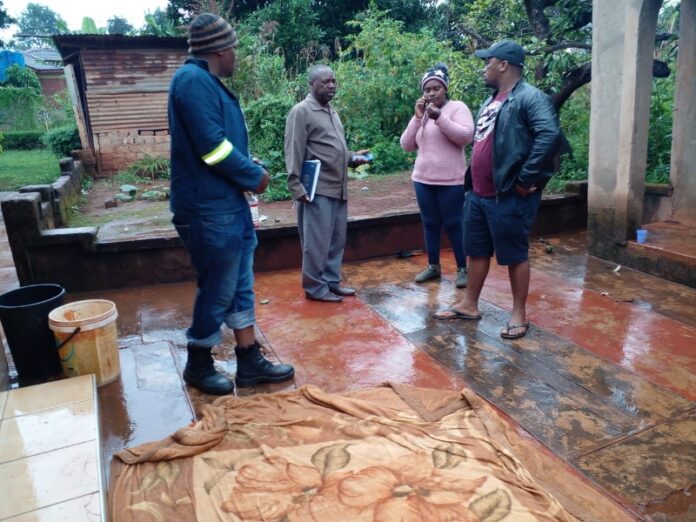 Every year Phanuel Magogona works hard to earn an annual bonus in April. But this year he made the tragic error of sharing his good news with his friend, who terrorised Phanuel’s entire family to get his hands on the windfall.

In the early hours of Good Friday at around 2am the family was attacked at their home in Phiphidi outside Thohoyandou in Limpopo. Phanuel, 56, was left seriously injured and is now in critical condition while his wife Norah, 53, was killed.

Their grandsons were present during the attack. Ten-year-old Blessing was left with minor injuries while six-year-old Gundo Sivhula escaped unharmed.

Phanuel and Norah’s daughter Brenda Magogona said three intruders forced their way into the house by breaking the security gate at the kitchen door.

She said her parents were awakened by noise in the kitchen. When they tried to find out what was happening they were attacked by the intruders, who were demanding cash.

“It is very clear that my father shared his good news with someone very close to him,” she said.

“He was a reserved person who did not have many friends and so the person who knew there was money was someone very close to him.”

Brenda said the intruders ransacked the whole house and broke into one of the cars looking for the cash.

“The last time I saw my parents was on Thursday in Thohoyandou and my mom told me she had R5,000 in her possession,” she said.

“The robbers knew exactly what they were looking for. The contents of the whole house were upside down to show they knew there was money in the house.”

Brenda said her parents are good people who help wherever possible but when they were attacked they screamed for help and no one came to help them.

Phanuel is fighting for his life in the intensive care unit at a local hospital. The family said they are not sure if he will make it.

“We just feel consoled by the support we are getting and we have left all in the hands of God. We hope the suspects will be found and punished,” she said.

The local police confirmed they have opened murder and attempted murder cases.

They appealed to all with information that could assist police to contact Sgt Thabo Malapela at 0608528283 and Captain Rasilingwana Mawela at 0824147763.