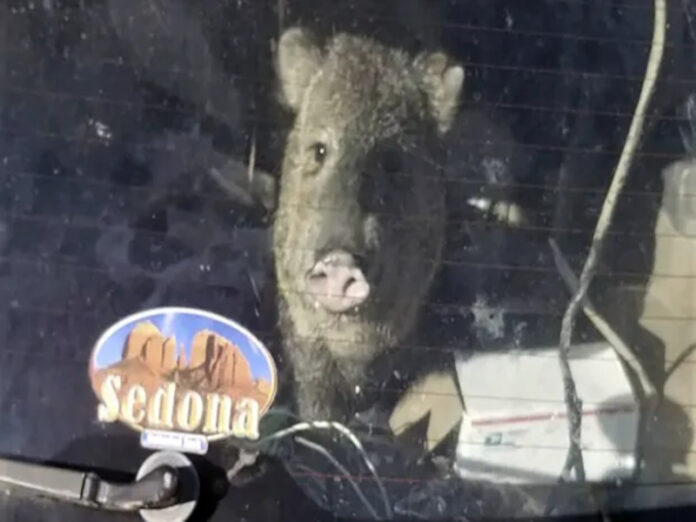 A javelina on a search for food in the state of Arizona in the United States thought he hit the jackpot when he saw a bag of Cheetos sitting unopened in a car.

However, the pig-like animal got more than he bargained for when the animal became trapped in the car.

Javelinas, often native to desert environments, aren’t very good drivers and when the local police responded to a call that the animal was stuck in a Subaru station wagon, they found the car several metres away from the owner’s house.

The owner of the vehicle confirmed that it was left open overnight, allowing the animal to enter it with ease.

Authorities reported that the animal pulled off a portion of the dashboard and parts of the door in its panicked attempts to escape.

As it thrashed around, it managed to knock the car’s gear shift into neutral and it began rolling down the street.

The car cruised down the road before coming to a gentle stop.

Neither the javelina nor the car were damaged in the journey.

When the deputy arrived at the vehicle and opened the door, the javelina who had the full packet of Cheetos ran back into the wilderness.