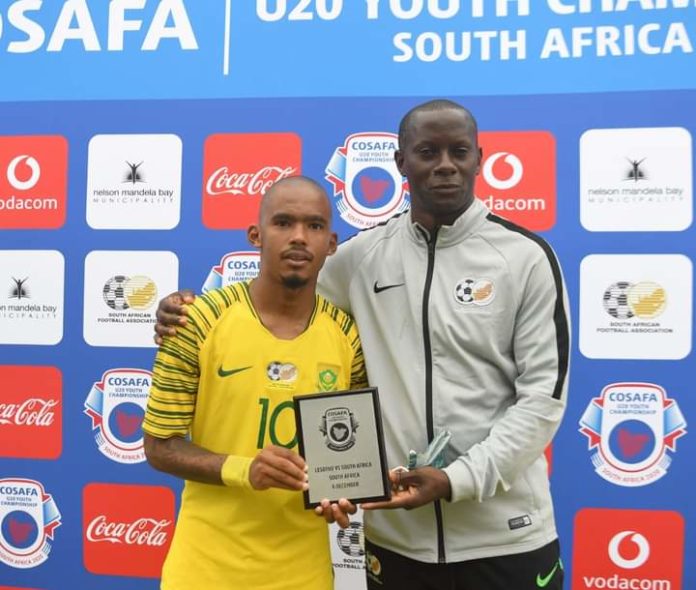 to record their first victory in the Cosafa U20 Championship and to move into second position in Group A.

Goals from Rowan Human, Oshwin Appollis, Tshepo Myeni and a hatrick by Sinenjongo Mkiva were enough to help Amajita record a convincing win against Lesotho.

Amajita started the campaign with a 2-2 draw against Warriors of Zimbabwe on Friday last week.

With a spot for Total U-20 African Cup nations in Mauritania up for grabs, South Africa U20 had to win with a high score. Only the top team in each pool as well as the best-placed runner-up advance to the semi finals.

Amajita Coach Helman Mkhelele told Scrolla.africa that he was satisfied with his team’s performance.

“We didn’t start well but we didn’t lose points and I knew we would bounce back. I still feel we should have won against Zimbabwe but we made mistakes defensively”. Said Mkhelele.

Amajita will face Group A log leader Mozambique in the qualifying decider match on Tuesday, 8th of December 2020 at Wolfson Stadium, Kickoff 15h30.