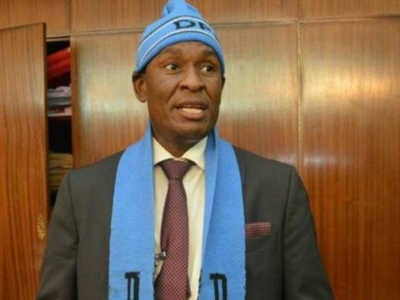 There was a time when Norman Chisale was the bodyguard of the former Malawi president Peter Mutharika. But there is now a good case to be made that he is the richest bodyguard in the world.

Malawian police have seized Chisale’s assets worth K1,7 billion (about R1,4 billion), 85 vehicles, a speed boat, and some K117 million (about R100 million) in cash.

Investigations are underway to establish if Chisale also owns two properties in Russia, three in South Africa and a mall in Zambia.

Some young Malawians say they would rather drop from school and join the gym and become a bodyguard to the president!

Chisale was arrested by the Fiscal and Fraud Unit of the Malawi Police Service.

The unit seized assets worth billions.

According to reports from Malawian media houses, Chisale was taken to area 6 in Malawi’s capital, Lilongwe, where he was interrogated.

Police said that Chisale was also arrested in connection with the importation of hundreds of thousands of tons of cement without paying duties into the country.

Sources close to the investigation said police are also looking at a number of foreign properties which they suspect are owned by the bodyguard. Two properties in Russia, three in South Africa and a mall in Zambia.

In December 2020 Chisale’s old boss, former Malawian president Peter Mutharika, took the country’s anti-corruption body to court in an attempt to have the Anti-Corruption Bureau unfreeze his bank accounts.