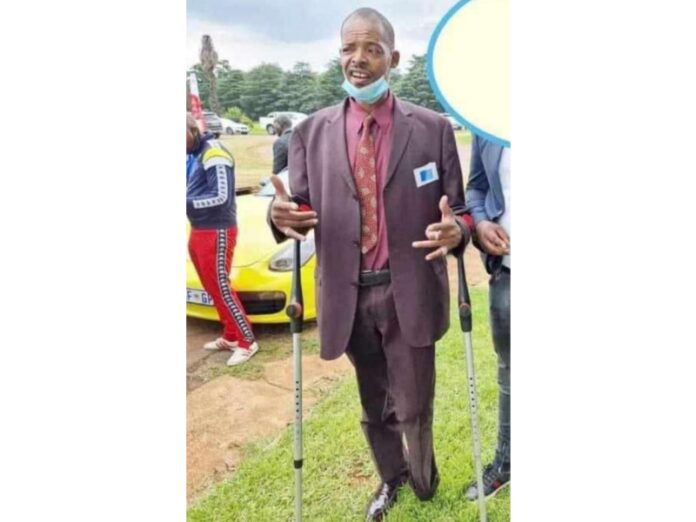 Former Gomora actor Israel Matseke-Zulu told Scrolla.Africa he can’t wait to get his prosthetic leg and return to the screen.

The star had his character in the Mzansi Magic telenovela written out after discovering that he was suffering from gangrene.

The condition meant he was forced to have his right leg amputated, but far from being downtrodden, Matseke-Zulu said he is grateful to be alive.

The experienced actor opened up to Scrolla.Africa about the pain he’s had to endure.

“It’s not been easy to cope with the reality that I have to live without both my natural legs, but the support of my immediate family and the warmth shown by my fans has made me toughen up and forge ahead with my life,” he said.

The star, who revealed that at one stage he needed a wheelchair to go on set, said he has missed the action.

“Performance is my life. Before the illness struck I had been enjoying my role as Don on Gomora. But for now, I really need this time to recover so that by the time my prosthetic leg comes in three months,  I’ll be rejuvenated. My fans must not despair because I’ll come back stronger.”

Matseke-Zulu also said that he is still in touch with producers and directors, a sign that his talent is still needed in the arts sector.

The likeable actor has landed roles in award-winning movie Tsotsi, Gaz’Iam, Yizo Yizo and has dabbled in music,  releasing a single under the stage name of Ma-Orange.