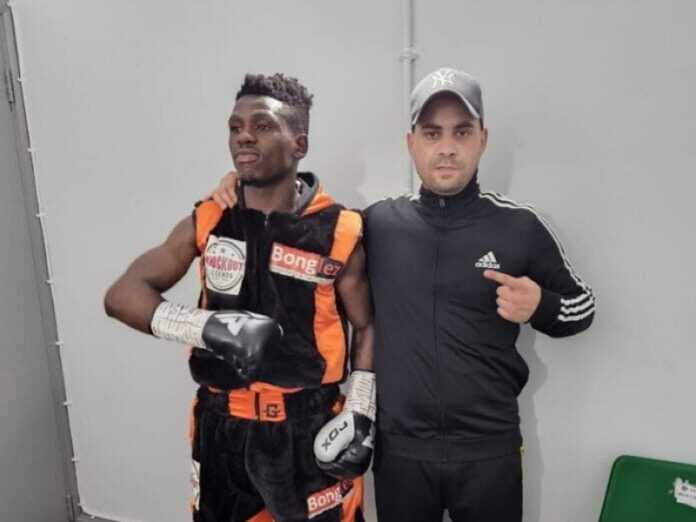 South African boxer Sabelo Ngebinyana, and his trainer Bruno Perreira, have been stuck in Namibia for two weeks after a promoter failed to pay Ngebinyana.

The boxer is spitting fire as he awaits a purse from Namibian promoter Nestor Tobias. He says Tobias is “playing games” and has been unfaithful.

“The agreement was that the promoter would pay us the day after the fight. He is now telling us stories about the bank. We were due home on 30 October. We couldn’t leave Namibia without our money,” says Ngebinyana.

He says the promoter promised to deposit the money into his account – something he had not done in the past.

“All along we have been stuck here at Windhoek Country Club. I want my money. I won’t leave here without my money,” said a defiant Ngebiyane.

The former South African champion and International Boxing Federation title contender said they have been advised to take the matter up with the WBO, which sanctioned the fight.

However, Boxing SA  says it will look into the matter.

“We will definitely look into the matter urgently and see what steps to take going forward,” said Boxing SA Acting CEO, Erick Sithole.