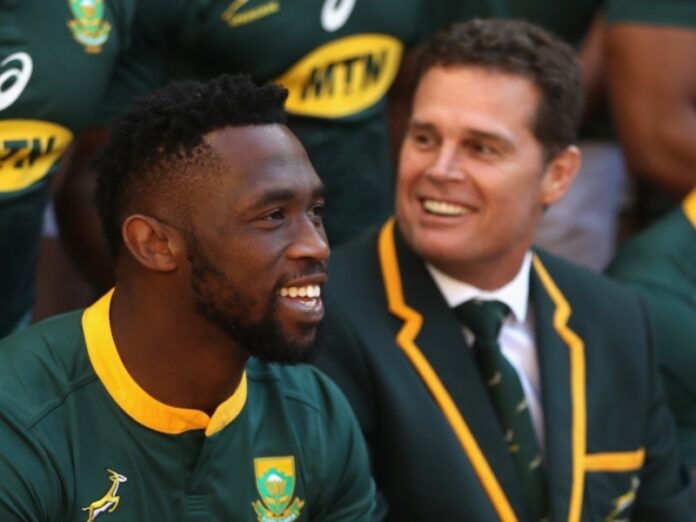 South African Director of Rugby Rassie Erasmus has opened up about the hate he endured after picking Siya Kolisi as the Springbok captain.

“People outside of South Africa might not understand this fully, but having a black Springbok captain is a flammable situation in South Africa,” the 49-year-old told the Daily Mail.

Erasmus chose Kolisi as the captain of the Springboks in 2018, making the player the country’s first-ever black captain. The decision was seen by much of the country as a step in the right direction. However, it also sparked outrage from some quarters, with some criticising the decision as “political”. Erasmus also received hate-filled and abusive messages from racist rugby fans.

“I lost a lot of friends when I made Siya captain. There was a lot of nastiness. Before the World Cup, the parents of my daughter’s friends said, ‘Tell that father of yours to stop sucking up for a pay cheque’. People said it was political. The fight to get people to believe in Siya was a real struggle,” he said.

Erasmus said he met with the officials before the first test against the B&I Lions to plead that Kolisi be afforded some leeway as the Springboks had not played any rugby for two years. Their opponents also had four international captains in their ranks.

“I knew from experience how they intimidate referees, so I asked that he must give Siya the same respect as Alun Wyn Jones, to which he agreed,” said Erasmus.

Erasmus emphasised that he did not accuse Berry of being a racist – only that he was trying to understand why the messages from Kolisi to the referee were being ignored.

Erasmus told the Daily Mail that he thought to himself: “Do they think he’s an a**hole?”

The Springboks are back in action in July when they take on Wales in a three-match test series in South Africa.