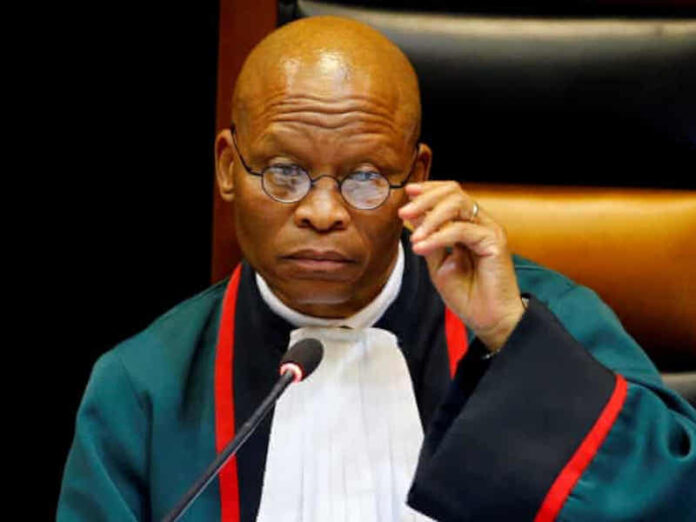 Mogoeng, a staunch Christian, made the claim during a religious trip themed “Healing the Nation of Africa” which began on 22 November and saw the group travel from Cape Town to Egypt.

Speaking during a two-hour sermon, Mogoeng said he was a young Christian when his employee and his wife were struck with HIV/Aids and their child died.

“They became thin. I said let me pray for this. ‘In the name of Jesus, the spirit of HIV/Aids leave!’.”

Mogoeng said he had forgotten about the couple until he saw them recently where they told him they had been healed from the virus through prayer.

Mogoeng claimed that he had also healed the couple’s relative who was unable to lift herself out of bed and was covered in sores.

The former Chief Justice said the relative came to him weeks later to thank him for healing her and claimed the woman looked “plump” after the family thought she was dying.

“I was frightened. I did not always believe that God can give his children so much power,” Mogoeng said regarding his alleged healing powers.

Head of the Department for Public Health in the faculty of Health Science at the Walter Sisulu University, professor Francis Hyera said these claims could not be backed up as there was little evidence supporting it.

“I am not disputing that the prayer can do wonders but we need proof that the couple was really HIV/Aids positive,” said Hyera.

“We know the Bible tells us that Jesus Christ raised someone from the dead but we need evidence-based information. There are many people in many countries claiming they cured HIV/Aids with prayer, but what they all lack is evidence,” the professor said.

Mogoeng has previously come under fire for supporting Jerusalem which caused human rights organisation Africa4Palestine to lodge a formal complaint with the Judicial Services Commission for a potential breach of judicial code regarding his comments on Israel.